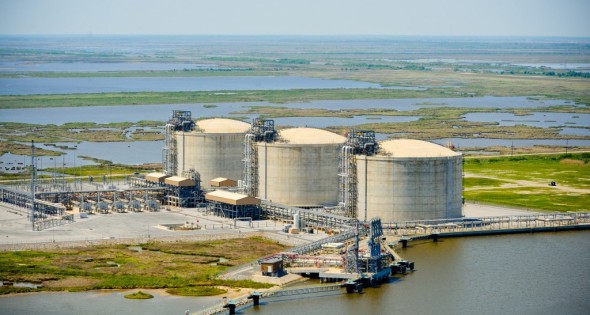 Traditional energy companies and their communities take the long view.

Although renewable sources have captured significant market share in recent years, traditional fossil fuels still supply the bulk of the country’s energy needs. In fact, the United States has become one of the world’s biggest oil producers, thanks to new sources and technologies that have emerged over the last decade. Today, the industry supports 9.8 million jobs and represents eight percent of the U.S. economy, the American Petroleum Institute estimates.

However, prices for oil and natural gas remain at a multi-year low, signaling some tough times ahead. The U.S. Energy Information Administration (EIA) confirms that in 2014 the increase in the global supply of petroleum and other liquid fuels was almost twice the increase in consumption, leading to lower prices and shrinking profits for sector companies. Furthermore, oil production from Iran is expected to soon flood global markets, while an industry push to lift the four-decade-old ban on oil exports has stalled at the federal level.

Despite these challenges, most companies and communities in traditional energy clusters are taking the long view and turning to lessons learned from the 1980s, when the industry crashed severely. They are consolidating operations, investing in infrastructure and resources, attracting foreign capital and diversifying their products and customer base.

Although crude oil is expected to hover below $50/barrel, the EIA reports that it remained high enough this year to support continued development drilling in the core areas of the Bakken, Eagle Ford, Niobrara, and Permian basins, with July 2015 showing the first month-to-month increase in the oil-directed rig count since October 2014.

That’s good news for the Gulf Coast, where the petrochemical industry is a mainstay of the economy, and relatively lower prices are also benefitting energy-intensive manufacturers. Houston, Texas, continues to dominate the long-standing cluster, which is expanding into nearby communities like Tomball, which features advanced manufacturing and support service companies including Baker Hughes, Advanced Pressure Systems and Compass Instruments. 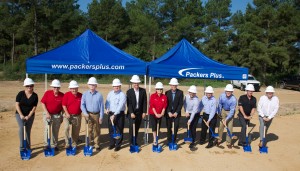 Tomball’s success in the Texas 209 corridor stems from having a trained, highly-skilled workforce and appealing quality of life, says Kelly Violette, executive director, Tomball Economic Development Corp. “Even though some of the market has slumped, our emphasis on training and technology has continued throughout.”

One of the biggest assets in the area is Baker Hughes’ 162,000 square foot Western Hemisphere Education Center, which opened last March, bringing as many as 50,000 people a year to the city for specialized training in the oil industry.

That’s attracting the likes of Canada-based, Packers Plus Energy Services, which is investing $21 million to build a new, state-of-the-art campus at the Tomball Business & Technology Park.

“Another big economic driver for us is the construction of the Grand Parkway project set to open a third outer loop from U.S. 290 to Interstate 45 connecting Tomball to Bush airport, and Kady by the end of this year,” Violette says.

Over in southwest Louisiana, foreign direct investments are buoying a region that offers an extensive pipeline network tied to natural gas and shale deposits, highly-developed refineries and processing facilities, and shipping channels providing direct access to the Gulf of Mexico.

“The downturn in oil prices is leading to some negative effects, but we have about $86 billion in announced projects, so we’re optimistic that the industry base in our five-parish area will be in pretty good shape,” says George Swift, president and CEO, Southwest Louisiana Economic Development Alliance (SWLA).

The majority of these projects are petrochemical and liquefied natural gas (LNG) facilities in various stages of permitting. South Africa-based Sasol is constructing a world-scale petrochemical complex near the Lake Charles Chemical Complex, allowing the $8.9 billion project to roughly triple the company’s chemical production capacity in the United States. Another is Bangkok-based, Indorama Ventures, which is spending $175 million to renovate and restart a dormant ethane cracker to make plastic feedstocks, ethylene and propylene.

Swift says that industry companies can greatly benefit from Port Lake Charles, where $275 million in capital improvements by 2020 will help support ship channel traffic, which is projected to increase by more than 50 percent in the next five years due to the region’s industrial expansion. 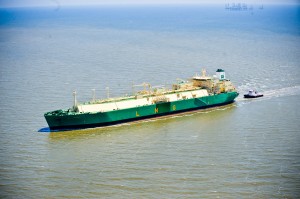 “We have a very stable workforce spread over 24 petrochemical and refinery facilities that include CITGO, Phillips 66 and others,” Swift adds. “A lot of them are trained at McNeese State University and SOWELA Technical Community College in process technology, operations and instrumentation. We also have plenty of land and space available for expansion, and always looking to diversify.”

In the nearby coastal region of St. Mary Parish, dubbed the “Cajun Coast,” oil and gas extraction industries have taken a hit, but two multimodal ports with Gulf access, supplemented by expertise in shipbuilding, underwater services and metal fabrication are helping the region cope with market headwinds.

“It’s been kind of a mixed bag recently, though there are a lot of positive segments in our economy,” says Frank Fink, director, St. Mary Parish (La.) Economic Development. “There’s been a slowdown in the inland and continental shelf oilfields which is affecting suppliers of shallow water vessels, service boats and equipment rentals. But deepwater production projects — which can run about 10 years — are somewhat insensitive to the current oil market. Several of our shipyards, which service military markets or shore watch-type vessels, have been doing pretty well. We have been also bolstered by being the largest North American production center of carbon black, which goes into the secondary tire market.”

Fink adds that the skills workers can develop at Marine/Oil and Gas Center of Excellence at Louisiana Technical College and the upcoming $3.7 million Marine Training Center facility at Young Memorial Campus should bode well for ROV systems activity and oilfield operations when they bounce back in the years ahead.

In addition to Pennsylvania, the Marcellus and Utica shale boom is also benefitting Ohio, where the area consisting of Belmont, Marshall and Ohio counties comprises the fifth-fastest growing economy in the nation and presents a big opportunity for the state’s future development.

As a result of increased natural gas extraction and upcoming projects like PTT Global’s planned $5.7 billion ethane cracker at Dilles Bottom, the need for skilled workers geared toward the petroleum and petrochemical industry has increased substantially.

To meet the demand, groups like Ohio’s Oil and Gas Energy Education Program are taking a proactive approach in providing meaningful opportunities for Ohio’s young people. OOGEEP recently awarded 56 students, pursuing careers in the oil and gas industry, scholarships of up to $1,000 for the 2015 academic year. These students — representing 19 universities, colleges or technical institutions — all share a common pursuit toward careers in the energy industry.

Funded by industry training funds, memorial contributions and general donations from Ohio’s oil and gas industry, the annual scholarships are also a way to counteract the aging of Ohio’s oil and gas workforce, which has an average age of 55.

One very attractive aspect of the OOGEEP scholarships is that they are available for various career paths, and are not exclusively for students pursuing four-year degrees; students enrolled at accredited technical schools may also be eligible. Past recipients have come from various fields of study including petroleum engineering, geology, welding, diesel mechanics, civil engineering, chemical engineering, finance and business administration.

In the natural gas sector, the EIA reports that increases in drilling efficiency will continue to support rising natural gas production despite relatively low prices. Most of the growth is expected to come from the Marcellus Shale, as the backlog of uncompleted wells is reduced and new pipelines come online to deliver Marcellus natural gas to markets in the Northeast and foreign countries via East Coast ports.

In addition, more than 20 gigawatts of coal-fired power plant retirements have been announced to take place in the Pennsylvania, New Jersey and Maryland market in the next few years, setting the stage for tightening reserve requirements. That makes Pennsylvania well-positioned to support cleaner generation projects such as the Panda Patriot Power Project, a 829-megawatt, natural gas-fueled generating station sited in Clinton Township, near Williamsport. The plant — second in the state to utilize the region’s Marcellus Shale — will supply the power needs of up to 1 million homes by June 2016.

“We started to see gas exploration back in 2006 and then production gear up heavily between 2010 and 2013, which has created a positive impact in the region, notes Jason Fink, executive vice president, Williamsport/Lycoming Chamber of Commerce. “Now we’re seeing a lot of development associated with not only the extraction of the gas itself, but an increased focus on the infrastructure of roads, pipelines and compressor stations associated with getting it to market.

“When commodity prices are lower like they are now, there’s not as much extraction activity,” he continues. “But producers haven’t all picked up and left. In fact, we’re hearing that the market may pick up by 2017. Whether it’s distributing it to area manufacturers, or developing gas-powered vehicles or other services, there are going to be entrepreneurs out there who will find uses for our natural gas, which is an abundant energy source not only in our state, but in other gas plays the U.S.”

That’s creating new opportunities and a way for Pennsylvania companies like Medico Industries, NuWeld, Wirerope Works and other industry suppliers to avoid crashing during a downturn.

“The oil and gas industry definitely is going to have its issues for the next several years, until the supply and demand for energy will balance,” says Ronald Clark, vice president of engineering, Clark Technology Systems. “We’re competing against companies in India, South America and Europe, so diversifying services, instituting lean manufacturing and being able to change our focus very quickly is really the secret to success in the long-term.”

As in any industry, it’s difficult to predict how prices and competition will unfold in the years ahead, but the volatility and uncertainty of the oil and gas sector makes well-targeted investments and having economic “shock absorbers” in place, of heightened strategic importance.

“Here in central Pennsylvania, having access to a workforce whose work ethic is second to none is also a big advantage,” Clark says. “So is the spending by the state on infrastructure and roads, since some of our equipment is relatively large and we have to connect to ports in New York.”

“What came out of the ’80s for us was the need for diversifying our business mix and trying to attract companies to build a long-term, sustainable market,” Violette says. “Oil and gas is always going to be huge in the Houston region, but companies with customers in the industry have diversified whom they serve, and we now have a lot of additional industries that help us ride out the ups and downs.”