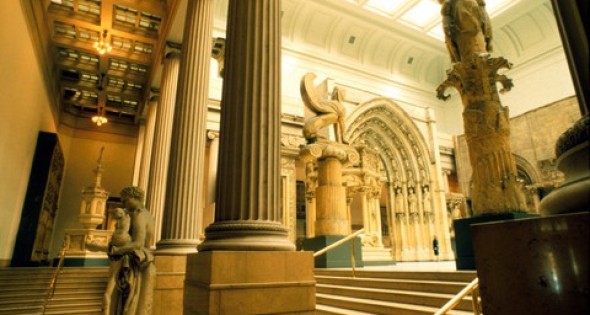 Much has been written about the transformation of Pittsburgh and Allegheny County, Pa., since the 1980s when the steel industry left town in droves, leaving behind a shell of a downtown and a metro unemployment rate reaching 18 percent in 1983. Since then, a makeover has taken place, with great success, including an unemployment rate that is lower than the national average.
A significant component of the revitalization is the grassroots arts and culture scene. However, don’t close the book on Pittsburgh’s transformation efforts as they remain alive and well.
Bolstered by its robust higher education system, Pittsburgh has built a diverse base of economic clusters in sectors such as banking, technology and innovation and tourism. The accolades pouring in from publications and organizations (recently named among TravelChannel.com’s best All-American vacations 2014), demonstrate why Pittsburgh is a global model for urban regeneration.
The role of revitalization efforts in communities and downtowns throughout the country, as well as the resurgence in cultural and arts activities that often coincide with the rebuilding, should be among the site selection indicators decision makers consider when looking at business destinations.
An abundance of affordable quality of place assets continues to pique the interest of talent and employers alike. Well educated, young and skilled individuals are choosing to live in creative and innovative communities to access a mix of cultural, social and civic amenities at affordable prices, says Molly Hodgson, executive director, Greater Dover (N.H.) Chamber of Commerce and Visitor Center.

The role of revitalization efforts in communities and downtowns throughout the country, as well as the resurgence in cultural and arts activities that often coincide with the rebuilding, should be among the site selection indicators decision makers consider when looking at business destinations.

Hodgson says active arts and culture scenes are fostered by partnerships, where partners are working from the same play book. In Pittsburgh, for instance, steel industrialists living in the area are large contributors to foundations and endowments, where funds make their way to the arts and culture ecosystem.
The Community’s Will
In Dover, a minor effort to replace a holiday tree at the Henry Law Park evolved into the overhaul of the park’s plaza, which is home to the community’s amphitheater. “The process became far more strategic and mindful as to what are the pieces the community wants to see,” Hodgson says. Her organization, along with the city, the local Rotary Club and Children’s Museum of New Hampshire partnered in the effort to improve the appearance and the functionality of the park.
“It is a nice example of within a year’s time the project was efficient at a minimal cost to the city because the organizations came together to get it done,” Hodgson says. “This doesn’t happen everywhere.”
In other activities, the chamber undertook a feasibility study in regard to revamping the Strand Theater, which has not functioned in many years. The chamber conducted the study to learn what functions would be economically viable in the space. Partnering with an organization called ArtsMarket Inc., and after a year of conducting community engagement sessions to learn what businesses and residents would like to see at the theater, the decision was made to move forward.
“What they recommended was yes, this can be done, and the community’s will is there to see it happen,” Hodgson says. “The chamber has handed off the next step to our arts commission to conduct engineering assessments, architectural renderings and so forth.”
On the arts and culture horizon is a collaborative community effort to overhaul the playground area at Henry Law Park. The city has allocated funds from the capital improvement budget to the project, and an anonymous donor has contributed funds, with the balance to be funded by individuals, organizations and businesses.
In Pittsburgh, the arts are supported by “some of the more wealthy foundations in the country and they give back to the arts and culture system,” says Craig Davis, president and CEO, VisitPittsburgh, which promotes the city to visitors.
In the 1990s, the Pittsburgh Cultural Trust, funded by the community’s foundations at the time, bought up the old buildings that surrounded the downtown, “refurbished and gave them back and created cityscapes and parks,” Davis says. “It was an arts and culture led event. Now there are nine theaters within a two-block radius and multiple museums.” The downtown is walkable and safe, less than two miles and is 16 square blocks.
Overall, the arts and culture sector is a $1.17 billion economic engine for Allegheny County. The cluster is comprised of 493 nonprofit arts and cultural organizations: including 198 in the performing arts, and 187 galleries and museums, including the Andy Warhol Museum and the Carnegie Museum of Art.
Davis points out that Pittsburgh is home to one of the best funded symphonies in the country, and features world-class organizations, including opera, dance and ballet. “Not only are our locals supportive patrons of the arts, but again, with the steady stream of support that comes from the foundations,” Davis adds.

“The reason HGTV is here, and was founded here, is when they set out to create a new TV network, they wanted to set up in a community with exceptional quality of life, where people could afford to own a home.”  -Doug Lawyer, vice president of economic development, Knoxville Chamber of Commerce

Dover’s Hodgson says the city is the fastest growing city in New Hampshire, where people are attracted to the walkability of the community, the fact that the city is a safe place to raise a family, and that it has a small town feel with an abundance of cultural amenities.
Among the assets is the Children’s Museum of New Hampshire, which attracts 80,000 visitors a year to Dover. The Artstream is home to a gallery, an art’s academy, graphic design services, camps and so forth. The Northeastern Ballet Theatre, led by Edra Toth, a former prima ballerina from the Boston Ballet, is headquartered at the McConnell Center.
Dover is also home to several professional theater troupes, including theatre.unmasked, which has partnered with the chamber to offer Shakespeare on the hill, as part of the summer line up of activities. “We have expanded our offerings beyond music,” Hodgson says.
The chamber also hosts a farmers’ market every weekend in its parking lot. The communities surrounding Dover are rural and home to a large farming community. “We have taken the concept of health and wellness and culture into a holistic approach,” Hodgson says.
Business and the Bottom Line
Besides researching the live and play aspect of a community, business executives are interested in the bottom line when it comes to expansion efforts. “You are not going to make any decisions about a destination unless you visit it first,” Davis says. “We find that people who visit the city come back with an incredible view of it. We are selling affordability and authentic neighborhoods. We are a business friendly community, where people are well educated. No one wants to open up a business if you will not be able to hire quality people.”
Davis adds the affordability of Pittsburgh means that residents will not break the bank to participate and access the arts, cultural and professional sports scenes.
Well-educated talent pools, including those involved in the creative sectors, tend to have higher incomes, which attracts the attention of national retailers. Creative workers demand upscale shopping and restaurants, which benefits communities.

“I have been here for a long time and to watch Dover evolve — to see it happening — is exciting, as a chamber official, a resident and as a mother.” – Molly Hodgson, executive director, Greater Dover (N.H.) Chamber of Commerce and Visitor Center

The Knoxville-Oak Ridge (Tenn.) Innovation Valley features a concentration of scientific and technological workers and resources, such as the Oak Ridge National Laboratory, which is a leader in researching advanced materials such as carbon fibers and composites.
The region is also home to a large and growing creative media services sector, home to Scripps Networks Interactive, RIVR Media (programming and content for Discovery Communications and the History Channel), and Jewelry Television, among other firms in the cluster.
A couple of years ago, Scripps conducted a $30 million expansion of its corporate offices, adding 200,000 square feet to the facility, as well as 200 jobs. Scripps is the parent company of networks such as Home and Garden Television, the Food Network, the Travel Channel, DIY and Great American Country, which are based in Knoxville. “The reason HGTV is here, and was founded here, is when they set out to create a new TV network, they wanted to set up in a community with exceptional quality of life, where people could afford to own a home,” says Doug Lawyer, vice president of economic development, Knoxville Chamber of Commerce, which oversees the Knoxville-Oak Ridge Innovation Valley brand.
Lawyer says the talent base in creative media services conducts film and video production, programming for broadcast and cable networks, digital media production, pre-production, post-production, editing, imaging, graphics, animation, distribution and replication.
The Knoxville-Oak Ridge region’s creative media services cluster also offers firms assets to support their growth, such as workforce training. Lawyer says Pellissippi State Technical Community College is home to the Bagwell Center for Media and Art, offering training on the latest in filming, editing and production. Local high schools are also offering instruction in creative media services.
Progressive cities with visionary leaders working together to advance arts and cultural amenities are increasingly important when it comes to site the selection process. Businesses and residents are taking notice of cultural assets more than before. “I have been here for a long time and to watch Dover evolve — to see it happening — is exciting, as a chamber official, a resident and as a mother,” Hodgson says.
For complete details about the organizations featured in this article, visit:
Greater Dover (N.H.) Chamber of Commerce and Visitor’s Center