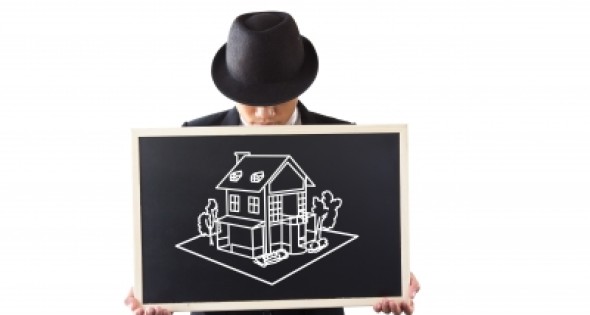 As the fourth-largest state in the United States, larger than the country of Japan, Montana offers businesses a lot of room to create and innovate. A cornerstone of the entrepreneurial climate in Montana is www.innovatemontana.com, which relaunched in April.

“I’ve been traveling across the state talking to the men and women who are starting sustainable, cutting-edge businesses with a global market, right here in Montana,” says Gov. Steve Bullock. “Innovate Montana is telling that story — that you don’t have to live in New York or San Francisco to run a successful business or have a meaningful career. You can build your dream here, surrounded by the places that millions of tourists make their vacation destinations every year.”

To further illustrate the advantages of doing business in Montana, in September, Montana Sen. Max Baucus was to host an economic development summit in Butte, which was scheduled to feature well-known speakers, including: Sheryl Sandberg, COO of Facebook; Jim McNerney, CEO, The Boeing Co.; Elon Musk, CEO, Spacex and Tesla Motors; and Jon Huntsman Jr., businessman and former U.S. ambassador to China, among others. (Learn more by visiting www.montanajobssummit.com.)

“There will be presentations and breakout sessions where business leaders from Montana can converse with some of these sector experts,” says Rick Edwards, manager of key accounts and economic development, NorthWestern Energy, which offers utility services in two-thirds of Montana, central Nebraska, eastern South Dakota, and at Yellowstone National Park.

“We have had a couple of summits in the past which have been successful,” Edwards says. “The SeaCast and GE partnership began as a result of the last economic development summit that was held two years ago.” SeaCast, located near Butte, does foundry work for GE’s aerospace initiatives.

“Also a couple of years ago, Sen. Baucus worked with the Billings delegation and Wells Fargo to develop a large contact center in Billings,” Edwards adds. “These summits allow us to showcase the state and then ultimately create some opportunities for business growth and relocation to the state.”

In addition to the successful economic summits, the state has new funds to support entrepreneurship initiatives. The Blackstone Charitable Foundation selected Montana as one of six states to locate entrepreneurial centers. Montana was the only small, somewhat rural state selected. The foundation will allocate up to $5 million to form entrepreneurial centers at Montana’s major universities. Students and those outside the university system will have access to the resources and support at the centers, with the idea of creating commercially viable businesses.

In addition to funding, high-speed broadband infrastructure is being added to the state’s assets. “In Butte we are in the midst of putting a high-speed fiber ring around the city,” Edwards says.  The ring will connect the schools, administrators, and local government. It will have exit ramps to connect businesses as well. Edwards says students and businesses will be more competitive with surrounding major metro areas that offer these assets.

In the oil and gas sector, Montana Refining in Great Falls will expand its load to greater than 25 megawatts; right now they generate 8 megawatts. “They are increasing their load requirements, and therefore, their production almost threefold,” Edwards says.

In Butte and in the southwest corner of the state, distribution operations are accessing the crossroads of I-15 and I-90, as well as rail services. Companies such as FedEx have located operations in the region, as has Old Dominion. Billings is also attractive to distribution centers.

“We are one of 13 new regional hubs for FedEx,” says Steve Arveschoug, executive director, Big Sky Economic Development. “They are under construction right now, and that is not only ground transportation but we have enhanced air facilities to accommodate air freight transportation.” Companies also have access to rail services from BNSF, and interstate highway connections.

Arveschoug says the Billings region has identified six industry clusters of strength: upstream and midstream oil and gas developments; health care and its supply chain; regional headquarters and back office operations; data centers and IT service providers; warehousing, transportation and logistics; and small scale to midsize machinery and equipment manufacturing.

Billings’ business sector includes three refineries, and a supply chain for the oil and gas sector. There are two major hospitals; the Billings Clinic is undergoing a $40 million expansion for health care delivery and a cardiovascular unit; and the Veterans Affairs Hospital will double in size.

Other industries include a major operations center for Wells Fargo; and an operations center for GE Capital. Sanjel, an oil field service company headquartered in Calgary, Alberta, located its USA training facility in Billings a couple of years ago. Aspen Air, also headquartered in Calgary, is undergoing a $10 million expansion of its Billings industrial gas products operation. And Telfrac has selected Billings to provide materials to the developments in the Bakken shale region.

Arveschoug says his organization has launched BillingsWorks in partnership with the chamber, the job service and City College at Montana State University to ensure resources are working together to train the workforce now and in the future. The initiative has three goals, including connecting K-12 students and college students with the pathways they should follow for employment and career opportunities in the market.

At the state level, Governor Bullock has a goal of increasing the percent of the Montana’s residents who have completed a college certificate from 40 percent to 60 percent. To support the goal the governor has created the Complete College Montana initiative, which creates a postsecondary education funding system focused on results, increasing high school student’s access to dual-credit opportunities.

Edwards adds: “The one thing we see at the state level is that we are graduating more students out of our university system than any other state in the nation, percentage wise.”

Edwards says NorthWestern Energy is underway with a major distribution program, spending upwards of $400 million in the next seven years to update infrastructure, both electric and gas, to prepare from a capacity perspective and a reliability perspective to serve customers in the future.

Montana is a deregulated state and Edwards says NorthWestern Energy is working to obtain electric and gas supply resources that it owns. “Deregulation hasn’t been as successful as what was hoped at the time it went into effect, and we are essentially trying to put the genie back into the bottle and obtain the resources to help us stabilize rates and become more vertically integrated,” he says.

NorthWestern Energy has met the state’s Renewable Portfolio Standard goal that calls for a 15 percent renewable energy mix used for energy generation by 2015. There are a fair amount of wind resources in the portfolio, both owned and contracted. “We have additional resources, qualifying facilities, such as small hydro facilities,” Edwards says. “We have also built a 150 megawatt natural gas plant in Anaconda to balance our loads.”

Billings has attracted Scheels All Sports, a regional sporting goods and hunting supply store, to the Shiloh Crossing. The company will build a 222,000-square-foot store, employing more than 300 people, carrying more than 2 million items, and featuring specialty shops for sportswear and footwear, for example. The store will also include a Ferris wheel, a 16,000-gallon aquarium, a bowling alley and a shooting range; it will be the second largest sporting goods store in the western United States. The store is expected to open in the fall of 2014.

“Our county and city commissioners take seriously their policy role in helping expand and attract businesses to our community,” Arveschoug says. “We put our best foot forward to help businesses be successful. We have great examples and I encourage executives to talk to the folks in business community.”

Montana has earned the moniker Big Sky Country, home to natural resources such as Yellowstone National Park (3 percent of the park is in Montana) and Glacier National Park, and 54 state parks. In the fall, towns throughout the state host food festivals to showcase their harvests. Five of the more colorful events are in Lewistown, Chinook, Hamilton, Havre and a food festival and brew fest on Seeley Lake.