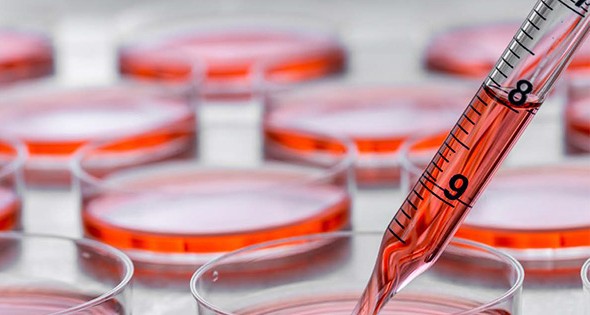 Embraced by More States as an Economic Engine

The bioscience industry is one of the newest and strongest economic drivers of the economy in the U.S., accounting for nearly two million jobs, according to a report from the Biotechnology Innovation Organization (BIO), “Bioscience Economic Development.”

These jobs pay better than most – an average of 79 percent more than the average U.S. worker in the private sector. Bioscience jobs occur in a number of sectors, including agriculture feedstock and chemicals; drug and pharmaceuticals; medical devices and equipment; research testing and medical labs; and bioscience-related distribution.

WHERE THE BIOSCIENCE BOOM THRIVES

The biomedical industry alone is a vital component of California’s economy. A report cited in the Los Angeles County Economic Development Corporation stated that the local industry in the Los Angeles County geography includes 103 biopharmaceutical companies, 436 medical device and diagnostic companies, and 787 research and lab support institutions. Local establishments were awarded over $890 million in National Institutes of Health (NIH) research awards in the 2016 fiscal year.

This legislation provides $1 billion over ten years to fund major bioscience initiatives. According to the Massachusetts Executive Office for Administration and Finance, the state is a world leader in the life sciences industry, which includes research and university-based discovery, biotechnology and pharmaceuticals, medical device manufacturers, as well as a developing a network for stem cell-based innovation.

Massachusetts employs an estimated 100,000 life sciences workers, with an estimated 400,000 more in the health care industry.

Many states continue to directly support biomedical research, including using tobacco settlements and targeting dedicated state funding for a specific area of biopharmaceutical research funding, such as stem cell research or cancer research. Other states have focused on enhancing university research capacities by recruiting eminent scholars in targeted areas and by providing matching grants for industry-university collaborative research.

Nearly all states are advancing targeted capital infrastructure investments to spur research and development and industry partnerships. This includes the build-out of specialized shared-use laboratory facilities and the development of research parks associated with universities and research institutes.

The University of Maryland BioPark (UMB), in Baltimore, Maryland, was named the Outstanding Research Park by the Association of University Research Parks in 2017 in recognition of its ability to excel in the promotion of growth in technological commercialization and collaboration.

Over the past 12 years, UMB and its Research Park Corporation (RPC) have worked with developer Wexford Science & Technology to assemble 12-acres area of land from over 20 property owners and built two commercial lab buildings for clinical research. The UMB has generated over $400 million in capital investment, helped to renovate historical buildings and achieved an occupancy rate of 98 percent.

All of these areas employing bioscience methods and practices are growing, especially in medical devices, in the U.S.

During the last decade, the U.S. medical device industry experienced unprecedented advancement in innovative and developed technologies, leading to the birth of new therapies and growth in overall healthcare industry.

An updated survey from the Pharmaceutical Research and Manufacturers of America (PRMA), “Key Findings in State Biopharmaceutical Industry Development Practices: 2016” found that states are continuing to undertake a wide variety of approaches to enhance research and development into all areas of biosciences, including medical devices.

PUBLIC/PRIVATE COLLABORATION IS THE KEY

A white paper published in 2016 by the Tufts Center for the Study of Drug Development examined what is happening with funding as the bioscience industry evolves. With available funding from the public sector decreasing while medical needs and scientific complexity increase, private-sector collaborations with academia and government have become increasingly key for medical innovation, the study found.

According to the paper, some skeptics diminish the contribution of the private sector to the discovery and development of truly innovative drugs on one hand, while acknowledging that research and development of new medicines has helped grow the industry.

The private sector was also dominant in achieving the major milestones for both the production and drug development phases (81 percent and 73 percent of the drugs reviewed, respectively).

The bioscience industry is embracing data analytics as never before, most likely because more and cheaper data is available and people want more control over their health beyond just using a pill. They want to use software based on available data.

One example is digital therapeutics, or digiceuticals, a digital health application approved by the U.S. Food and Drug Administration (FDA) that collects information from patients or from various sensors to help manage diabetes, addiction or a wide range of conditions.

Some of these devices, now being developed by various startups, will work better in conjunction with drug therapies, which would bring together Big Pharma and tech companies. According to an article in The Economist, analysts estimate the market for digiceuticals to be $9 billion by 2025.

A team of scientists at Stanford Biosciences, which offers a series of bioscience graduate programs as part of the Stanford University School of Medicine, recently discovered a new type of cellulose, one of the world’s most abundant biomolecules, which could have a wide range of applications from renewable fuels to antibiotics.

They found a new type of cellulose in bacteria with properties that could make it an improvement over traditional cellulose for fuels and other materials, or for better understanding and treating bacterial infections.

For example, it’s cheaper to convert this modified cellulose into glucose, which is the starting point for producing ethanol, and results in ethanol production without using kernels of corn (a food source).

One of the researchers is now trying to find plant biologists to help introduce genes for making the modified cellulose from bacteria into plants. Plants make more cellulose and are easier to grow on a large scale to produce the volume needed for most applications. They are also exploring additional types of modifications and ways of creating novel forms of cellulose.

Discoveries like these are expected within the halls of academia. But how have we come to the point where biosciences and their discoveries are now on a faster track to commercialization than ever before?

“I think it’s two-fold,” David Sutton, president of Nanosphere Health Sciences, Inc., says. Nanosphere Health Sciences is a biotechnology firm specializing in the creation of a platform using nanotechnology in the biodelivery of supplements, nutraceuticals and over-the-counter medications for the cannabis, pharmaceutical and animal health industries. “It’s the advancement in science, and it’s the acceptance of science from the consumer standpoint, who is now not being timid about words like nano or nanotechnology.”

Everyone thought nano-technology was about tiny little robots, he says. “It’s not. It’s actually about dealing with things on a very, very small scale. And as that becomes more of a consumer-friendly term, I think that there is more opportunity for those bioscience companies to start expanding and utilizing that technology.”

He explained that what their delivery technology does is nanoencapsulate particles, which means is that it breaks apart molecules, encapsulating them in a carrier system that transports them through mucosal linings and areas on the skin, increasing their penetration into the circulatory system by avoiding getting into the gastro-intestinal tract. They use three types of delivery: transdermal, such as patches; intra-oral, meaning placing the substance between the cheek and gum; and intra-nasal, meaning through the nose.

Sutton imagines a scenario where data analytics will make understanding your own body – and managing your health – as simple as using an app on your iPhone. “It could be like that body analyzer from Star Trek, scanning your body showing what is going on, and what is individual to you, and how to best treat that,” he says. “Yes, I absolutely see that one day.” X

For more information about the companies mentioned in this article: nanospherehealth.com