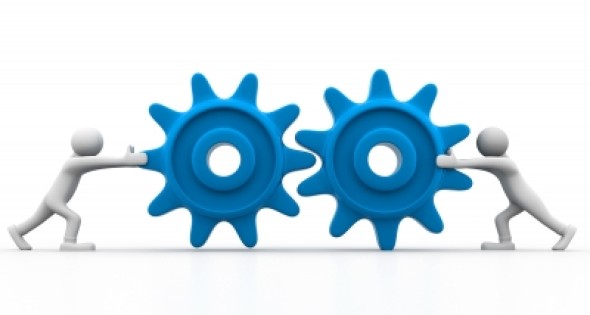 Consumer spending remains strong; when will businesses increase their investments?

Editor’s Note: This interview was conducted on June 11, 2015. For the latest information in regard to the U.S. economic forecast, visit www.conference-board.org.

Of the nine U.S. economic regions as defined by the U.S. Census, the lowest performing region is the East North Central Midwest — also known as the Rust Belt. For more than a decade, the region has been the weakest segment of the U.S. economy.
The Midwest is more dependent on the manufacturing industry than any other region in the country. And while manufacturing activity is improving in some areas, it is still a weak performer. For the Midwest, the weakness is holding back employment, the housing market, and home prices.

Ken Goldstein, an economist with The Conference Board, discusses the overall state of the U.S. economy, and where the East North Central Midwest states figure in the scheme of things.

Rachel Duran: The national economy is holding steady as consumers continue to spend. How long can we expect this to go on?
Ken Goldstein: We received the retail sales report this morning, which confirmed some outlooks including mine. The reports demonstrated to the skeptics that the economy has some “oomph” behind it. 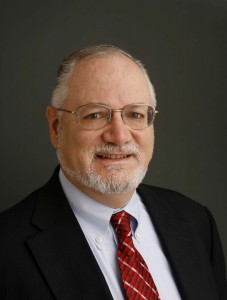 One of the things that we have talked about in the past and it is true now; the consumer is in the driver’s seat. That may be true in any given year but perhaps it is truer this year, based on where the consumer is right now, especially given the report about consumers out shopping in May. The question is: was May just a one off or can we expect more of this?
We can certainly expect to see more consumer spending in June, July and so forth. Why? No. 1 is jobs. And certainly we will not continue to get 280,000 new jobs a month as we did in May. But we will not immediately go from above 200,000 to much lower than 200,000.
Because the jobs are there, wage growth will pick up. The question is how much and how soon?
Another factor is housing, which is also starting to improve. Back in the first quarter one of the questions was, why is the labor market stronger but why does housing remain weak? The difference has started to narrow. If we are starting to build more homes, we have to fill them with appliances and furniture.
This is what we will continue to see over the course of the summer and into the fall.

Duran: The numbers lean toward a strong consumer-driven summer. Has there been an uptick in spending by business, which has been a challenge?
Goldstein: The economy is growing faster than 2 percent, perhaps 2.5 percent. Why not more? Because business investment has been soft and that is not changing and it will not change.
One of the things pushing consumer spending is holding back business investment and that is rising wages. From the business point of view if you have an increase in labor cost with weak productivity growth, and no pricing power, which will change in 2015 or 2016 — it all puts downward pressure on profit. The rate of return on new investment is not as strong.
There is no reasonable optimism in terms of business investment and I suggest it won’t get better this summer or fall.
The other element of demand is demand from abroad. China is slowing and there hasn’t been a strong improvement in Europe. The other factor in terms of overall global demand is that global supply has been and continues to exceed globally demand.
This is holding back nonenergy commodity prices across the globe, and therefore, is holding back commodity export growth dependent countries in Latin America and Africa. There are problems in emerging world, along with the weak and unchanging Europe.
What you see is there is good news on the part of the consumer but that is being held back in terms of business investment and in terms of exports.

Duran: What do these challenges and weak business investments mean to the already weak Midwest, particularly the East North Central Midwest states of Illinois, Indiana, Michigan, Ohio and Wisconsin?
Goldstein: Here is what we know in regard to the overall sentiment of the economy, and this is not new: if we break this down, the stronger parts of the economy, regional speaking, are on the coast. The Southeast coast and the Pacific Northwest have been and continue to be the strongest parts of the economy.
Of the nine U.S. Census regions, the lowest performer is the East North Central Midwest, what we used to call the Rust Belt.
Going back pre-Great Recession, the Midwest was the weakest segment of the U.S. economy. For more than a decade this has been true.
Look at the numbers. Over the last 12 months, the overall economy grew roughly 2.2 percent to 2.3 percent. Employment growth for the nation was 2.6 percent.
Employment in the big Midwest states — Ohio, Michigan, Illinois, Indiana, Wisconsin and Minnesota — has only grown 1.2 percent.
And specifically, because this is the old industrial belt, let’s look at manufacturing. For some perspective, for the country as a whole we have about 120 million employed in the private sector. So I took local, state and federal government out of this altogether. Of the 120 million employed in the private sector, only 12 million work in manufacturing. For the Midwest, where the private workforce is about 24 million, 3 million are working in manufacturing.
With everything that has happened over the last decade, the Midwest is still more dependent on manufacturing than the overall country.
And while manufacturing has started to improve in some areas, it is still a weak performer, which is holding back employment, the housing market, and home prices in the Midwest.
For three decades the Midwest has been trying to find new sectors and industry to become the job engines that the old manufacturing base of Midwest had been.
In general, conditions in the Midwest are improving and getting better, even in Detroit. But the economy is expanding at a slower pace in terms of employment, the housing market and so forth.

Duran: Where are the areas of strength in the East North Central Midwest?
Goldstein: There is energy and synergy in the high-tech industry, especially in Chicago. In St. Louis, the southern end of the Midwest, things are a little better. In addition to the fact that it is happening more slowly than other parts of the country, especially at this stage in the game, is that disappointment has set in that things are not improving more rapidly. And that the improvements are not being spread more widely.