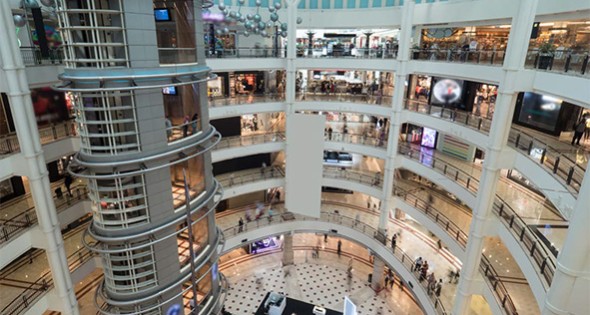 Retail Development’s Worst Enemy Is Transitioning Into The New Ally

The retail industry has been undergoing major changes over the last few years – some good and some not so good – and much of which is easy to see in suburbia U.S.

Major shopping malls have closed, with some anchor tenants hanging on for the final few years only to finally give way to the wrecking ball.

According to an article in the July, 2017 issue of Time magazine, analysts estimate that one out of every four malls in the U.S. could be out of business by 2022.

Big national chains like Kmart, JC Penney, Sears and Macy’s – stores that have typically been the anchor tenants of big shopping malls – are closing down in record numbers. Nine national retail chains filed for bankruptcy in 2017, according to the Time magazine article.

Analysts have been calling it the “retail apocalypse.”

Most point to the internet as the culprit, which has replaced bricks-and-mortar stores with simple click-and-order e-commerce websites, many offering free delivery on shipping and returns, while at the same time creating a treasure trove of data about shopper preferences that they use to pinpoint marketing efforts or sell to other retail stores.

Retailers and mall operators need to find a way to work together with e-commerce, according to “The Future of Shopping Centers,” a report by the global management consulting firm A.T. Kearney.

The industry needs to think like the customers it serves, the report stated. For example, customers never think in terms of channels, but that’s what e-commerce uses as a model.

THE NEXT PHASE IN RETAIL

But hold on. There is change underway – some would say its revolutionary change.

What is replacing some of these large malls are mixed use developments which are essentially an extension of the amenities offered to small communities that are lumped together for a combined shopping and lifestyle experience. These are brick and mortar stores, usually not measuring up to the size of huge shopping centers, but still serving a loyal customer base with not only retail shopping but other living and working services.

This transition is a demonstration of the new thinking in retail development about creating a more community-style personal setting than traditional shopping malls were able to do. 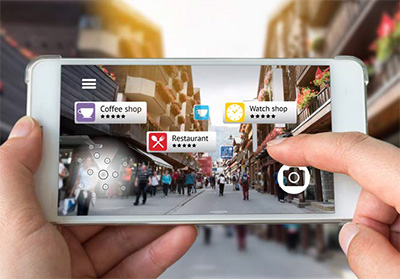 Whatever retail shopping becomes – revised malls, community centers, quirky shop collections, or totally new internet-of-things developments – they will be environments where people gather to engage with friends, connect with like-minded shoppers, seek out unique experiences, reaffirm values, and interactively relate to brands on a personal level.

“Transactions will be a by-product of consumer socialization and engagement,” the Kearney report found. “Consumer engagement spaces may resemble today’s shopping centers and malls or they might look quite different. Traditional retail stores may anchor them or they may be anchored by purpose-built specialty residential living units, an entertainment complex, sports center, educational institution, or healthcare facility, or even organized around a theme or concept.”

And there is an interesting new trend developing now where some online-only retailers are opening up shops inside malls and realizing big profits.

One of those “online-going-offline” retail stores is Warby Parker (WP), a 2010 internet startup that sells inexpensive glasses. WP opened its first bricks-and-mortar store in New York in 2013 and now plans to have 100 stores across the country by the end of 2018.

Over the last four years, WP has opened retail stores in 26 states (including 14 in California – four in Los Angeles alone), and two stores in Ontario, Canada.

The company has also tested pop-up shops, stores on wheels (in decked-out school buses) and other “mediums” to reach customers, WP CEO Neil Blumenthal told CNBC in a report in February. “We think the presentation by retail experts of either [online] or [offline] is a false choice,” Blumenthal said. “It really is the intersection of the two. […] And we are trying to approach retail expansion in a very deliberate manner, where we are testing and learning.”

This blurring of the line between retail online and retail offline has been hailed as a trend that will stick with the industry over the next few years, and bring more new-to-market retailers into the vacant spaces that shopping malls have been accumulating for years.

THE MALL AND ITS E-COMMERCE PARTNER

Analysts also point to other retail stores inside malls that are showrooms for particular brands, products and services designed to complement e-commerce. Examples include the Tesla car showroom and the Dyson demo store, both inside the popular 2.1 million square foot Tyson’s Mall in McLean, Virginia.

Retailers report that they can’t do just online or just bricks and mortar, according to Calvin Schnure, senior vice president, research and economic analysis for the National Association of Real Estate Investment Trusts (REIT). “If you are doing just bricks and mortar sales, you are obviously giving up a really important channel,” he says. “The people who have an online retail presence find out that if they close their bricks and mortar store, their online sales in that area of the city or that zip code decline as well.”

He says retailers like to have impulse sales, where a customer in a mall walks by a store and sees something in a store window that they might want to buy. “You will see (the product) sitting in a store window in a way that you may not see if you are clicking through your phone,” Schnure said. “Because on the phone, you can’t visualize something that is two clicks away. But when you walk passed a store in a mall and see something, that store is going to generate more of those impromptu sales.”

And there may be another wrinkle for the future of retail – autonomous cars combined with e-commerce. Imagine a car from a fleet of autonomous cars at Walmart pulling up to your house and dropping off your order.

Autonomous cars could be portable retail stores of their own, selling merchandise on a regular scheduled stop in your neighborhood or when hailed by a customer.

That’s not sci-fi but a real future of retail, according to The Economist, a world business magazine, explaining a scenario where a retail store would pick up the tab of a self-driving car that comes to the customer’s house and then takes them to retail store.

END OF THE “APOCALYPSE”

So should this idea of a shopping mall apocalypse be reconsidered – or even shelved? Even though e-commerce has been hacking away at the fringes of shopping malls revenues, malls are not dead. In fact, they are evolving, and some industry analysts say, even experiencing a resurgence.

Bloomberg reported in August, 2017, that construction spending on shopping centers topped $1.6 billion in June, 2017 – the largest amount since 2008.

GGP, a retail real estate company headquartered in Chicago, is building a $525 million enclosed shopping mall in Norwalk, Connecticut, about 50 miles from New York, with Nordstrom and Bloomingdale’s as its anchors.

And there’s more to cheer about when it comes to the remaking of shopping malls. In Schnure’s report, “Retail REITs Successfully Adapting to New Shopping Environment,” he wrote that the occupancy rate of REIT-owned malls and shopping centers rose to 92 percent in 2010, and then higher, in recent years. “The fact that they can keep occupancy rates in the mid-90 percent, at 93, 94 percent, is an indication of the success of these properties,” Schnure said.

Schnure’s report found that retailers opening more stores in 2016 compared with 2011 cover a different segment of the retail universe than those that posted declines. Sporting goods and outdoor equipment stores are well represented, with Under Armour topping the list, along with The North Face, Dick’s Sporting Goods, Nike and Adidas.

The rest of the list of largest increases is rounded out with fashion and clothing, including H&M, Michael Kors, Kate Spade New York, American Eagle and Armani Outlet.

Anchor stores used to be a Sears or other stores where a consumer could buy just about any product, Schnure said. But that has changed. “The most important thing is to have a retailer for the anchor that has an attractive product,” he said. “You want a store that will generate traffic.”

At the National Retail Federation show in January in New York, some futuristic sounding retail possibilities were demonstrated, including shelves that acted as price tags and tracked inventory, and facial recognition camera systems that identify shoppers and offer them a more personal and immersive interactive shopping experience.

One demonstration was the result of a joint venture between MasterCard and Swarovski launched in September, 2017. Consumers could download an app, then place their phone into a compatible virtual reality headset which lets them walk through five areas of a virtual home to browse Swarvoski designs by artists such Norwegian-born Kim Thome, Amsterdam-based Aldo Bakker, Spanish designer Tomás Alonso and the renowned architect Zaha Hadid.

Once in the VR environment, consumers are able to learn the stories behind each piece, read through descriptions, see the pricing, and, in some cases, watch videos about its craftsmanship. They can then purchase what they like with MasterCard’s digital pay service, Masterpass.

While some analysts say that these new ideas were created for the Millennial customer, the reality is that they are for every shopper from every age group. “The retail industry has been operating on the outdated assumption that Boomers are shopping for deals primarily in-store, and Millennials are searching for deals mostly online,” said Greg Petro, CEO and Founder of First Insight, a technology company working in the retail space. “The behavior between these generations is evolving, and to benefit, retailers must recalibrate their approach to marketing, inventory and pricing to attract deal-seekers who may have been overlooked based on outdated perceptions.”

For more information about companies mentioned in this article, visit: reit.com