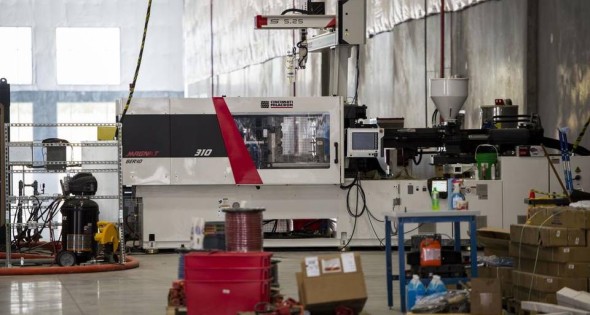 Leading plastic manufacturer U.S. Farathane will open its first Missouri production facility in Riverside. The $51.6 million expansion is expected to create 267 jobs over the course of three years.

Based in Auburn, Mich., U.S. Farathane has been a leading source of plastic manufacturing, supplying the automotive industry for over 40 years. Designing and producing highly engineered plastic injection-molded components for both functional and decorative parts, the company supplies products to OEMs around the world. U.S. Farathane employs more than 2,700 employees nationwide and with the addition of the Missouri facility, U.S. Farathane will have 11 U.S. manufacturing locations.

“Riverside is right in the heart of the action—it’s close to OEMs, it has an experienced workforce, and a business-friendly environment,” said Andy Greenlee, president of U.S. Farathane. “Expanding to Missouri puts U.S. Farathane in a great position to better serve our customers and expand our presence in the automotive industry. We’re very excited about the opportunities available for us here.”

U.S. Farathane will lease space at the Riverside Horizons Business Park, joining auto suppliers Martinrea and Yanfeng USA , which both have manufacturing facilities on the west side of the complex.

U.S. Farathane will retrofit the space and purchase equipment and machines needed to produce highly technical injection molded plastic parts for the Chevrolet Malibu, assembled at the GM plant in Fairfax, Kansas. The Riverside facility will also manufacture black functional interior plastic parts for the Missouri-made Ford F-150 pickup truck and all-new Transit van, both of which are assembled at Ford’s Claycomo Plant in Kansas City. The new facility is expected to be fully operational by October of this year.

As a result of Gov.  Jay Nixon’s efforts to revitalize Missouri’s automotive manufacturing industry, vehicle production in the state has rebounded. Ford and General Motors have invested a combined $1.5 billion and created thousands of jobs to produce all-new next-generation vehicles at their facilities in Claycomo and Wentzville. Missouri has also seen strong growth among automotive suppliers including Grupo Antolin, Janesville Acoustics, Leggett & Platt, SRG Global, Adrian Steel, Toyota Bodine, and Faurecia, which have all announced plans to invest and expand in the Show-Me State over the past two years.