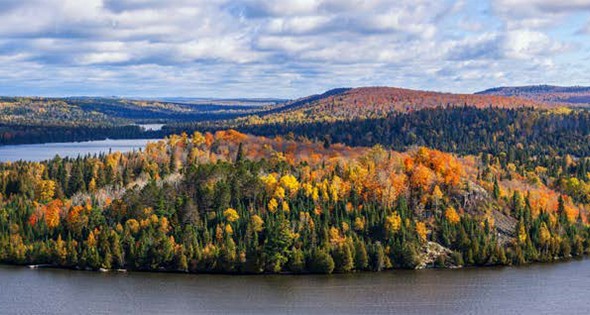 With one of the prime business climates in the United States and a location strategically located to many of the nation’s largest economic markets, Minnesota is one of the nation’s top economic powerhouses. With 47 percent of the state’s 5.5 million population college-educated, Minnesota’s workforce is intelligent and poised to lead the Great Lakes State into a leader in the technology sector.

Through the recently implemented Launch Minnesota initiative, Minnesota’s political and business leaders are positioning the state to compete with locales such as Boston, Austin, and Seattle for tech companies and jobs. According to the state of Minnesota’s official website, mn.gov, Launch Minnesota will work “with private industry to create financial incentives and programming to demonstrate that Minnesota is committed to fostering an innovation ecosystem that draws global attention.” The program will, among other incentives, provide grants geared toward attracting federal research and development funding, liquidity grants to help budding tech entrepreneurs, and training in how to build toward scalability, and how to pitch venture capitalists.

Minnesota’s overall business climate is incredibly strong and diverse. US News and World Report ranks the state’s economy 18th overall, with a GDP of $350.179 billion, and as the third in it’s 2018 Best State’s ranking based on an array of factors, including health care, education, opportunity, infrastructure, and natural environment.

The available workforce in Minnesota is healthy and productive. The state ranks third in labor force participation, seventh in science and technology workforce, and Minnesota’s population is the seventh healthiest in the nation, all factors that make Minnesota attractive Fortune 500 companies like Target, Best Buy, General Mills, and UnitedHealth Group.

Albert Lea is at the intersection of Interstates 35 and 90 in Southeast Minnesota, roughly halfway between Des Moines and Minneapolis. The city has “a strong history of manufacturing [going] back to just after World War II,” says Assistant Executive Director, Noelle Hagen of the Albert Lea Economic Development Agency (ALEDA). “We’re well diversified,” says Hagen. “Our strong history has been in food processing, and we continue to have a huge presence in that sector.” Examples include Mrs. Gerry’s Kitchen, Ventura Foods and Albert Lea Select Foods.

Metal fabrication is also important in Albert Lea, Hagen says. “We’re really good at advanced manufacturing and food processing.” Because of the city’s intersecting interstates, they also attract distribution centers. ALEDA “has over 200 acres of land under our control for development,” says Hagen. That includes the ALEDA Industrial Park’s 70 available acres. ALEDA owns five industrial buildings for lease; one of those, a 62,500-square-foot food-grade facility, is currently available and is an ideal location for distribution, warehousing, or light manufacturing. ALEDA tailors incentives “project-by-project,” Hagen says. “Some businesses need to offset upfront building costs; some prefer tax abatements over time to offset long-term operational costs.

We like to get with the companies and look at what’s best for them and design something accordingly.” “We partnered with a food processor in town to construct a new building which we lease to them so they can put their capital toward job creation and new equipment,” Hagen says. Zumbro River Brand has roughly 115 employees now, and this project allowed them to create 20 new jobs. “Workforce is the major hurdle to economic development right now,” says Hagen, explaining that in Albert Lea, as in many non-urban areas of the U.S., younger generations in the workforce are not able to replace the sheer numbers of retiring baby boomers. “As a region, Southeast Minnesota is trying to be proactive to recruit people to our part of the country,” Hagen says. ALEDA is working with higher education institutions in the region to help students gain internships and form professional connections in the area. Those connections added to family ties, he says,can be a persuasive argument for people to return to Albert Lea.

The City of Elk River is one of the fastest growing business communities in Central Minnesota, with a 30% job growth rate and over 1,000 businesses now calling Elk River home – 50 of which are in manufacturing and two fortune 50 data centers. The goal is to continue this economic growth and vitality by adding to the city’s thriving business environment. The heart of downtown Elk River is located at the convergence of the Elk and Mississippi Rivers.

Elk River Municipal Utilities (ERMU) has superb water quality and electrical reliability that earned them the American Public Power Association’s prestigious RP³ designation signifying a Reliable Public Power Provider. Their electrical service provides 99.998% reliability with infrastructure large enough to handle the demands of data centers and manufacturers. The water for cooling has very little mineral content. We are naturally equipped for the development of migrating or expanding businesses. Elk River has 33 acres of (shovel ready certified from the State of MN) for Data Centers space ready for development directly adjacent to two Fortune 50 data centers.

The Elk River Area School District is the 8th largest district in Minnesota. The schools have each earned a reputation for providing outstanding educational opportunities to students through Science, Technology, Engineering and Math (STEM) and Audio and Visual Technology (AVID) programs. In addition to the public schools, Elk River is home to innovative parochial and charter schools.

The Elk River community prides itself on outdoor recreation and programming. With 41 parks totaling 1,100 acres, over 35 miles of paved walkways, and a myriad of hiking and biking trails, there are plenty of recreational options for all outdoor enthusiasts.

The City of Elk River Economic Development Department offers a variety of services to assist any size project or industry looking to relocate. The development department has streamlined processes to accelerate timelines from groundbreaking to facility completion and is confident companies will find everything needed for a business to thrive. For more information: 763.635.1000 or ElkRiverMN.gov.

The City of Fairmont is located in south central Minnesota, right on I-90, which provides access to Interstate 35 and Des Moines, Sioux Falls and Chicago. Powered by a mix of agricultural and industrial businesses like 3M, CHS, Green Plains Renewables, Advanced Drainage Systems, Kahler Automation and Avery Weigh Tronix; Fairmont has become one of the state’s leading agricultural communities. ‘The city has a strong history of manufacturing and has continued to expand due to the large expansions of Fairmont Foods and Zierke Built Manufacturing in the last year,’ says Linsey Preuss the Economic Development Coordinator for the City of Fairmont.

Fairmont is positioned to offer competitive incentives and as a rural community can extend additional opportunities such as customized training and workforce attraction. ‘We believe that strong  partnerships strengthen our community and allow us the privilege of doing things no other community can do,’ says Preuss. ‘An example of this is the recent reinvigoration of our school’s welding and agricultural academies as many organizations and businesses helped to make it happen,’ she added.

The City of Fairmont owns a 75,000 square foot virtual spec building which is expandable to 100,000 square feet. This means it has been through all the plan inspections and is ready for construction.

Fairmont also has an established industrial park of which 18 acres are certified shovel ready by the state of Minnesota’s Department of Employment and Economic Development. Another option coming soon will be a 40-acre site right off Interstate 90. The City owns an option and is currently working on making the site shovel ready. Fairmont uniquely offers project based land grants and other incentives.

Fairmont’s industry targets are agribusiness, metal fabrication and other manufacturing and distribution. ‘Agribusiness is one of our targets because we are the state’s largest producer of hogs and corn and in the top ten for soybeans and cattle,’ Preuss says. ‘We have a number of metal fabricators which makes it good fit for our current workforce skill sets and our distribution companies utilize immediate access to I-90 and being in close proximity to I-35.’

The community driven Fairmont Area Life campaign FairmontAreaLife.com is actively recruiting workforce to our area through our online and social media presence. Our approach includes a team of professionals to help those who are interested in relocating to Martin County get connected with local schools, employers and realtors to answer any questions newcomers or potential newcomers might have.