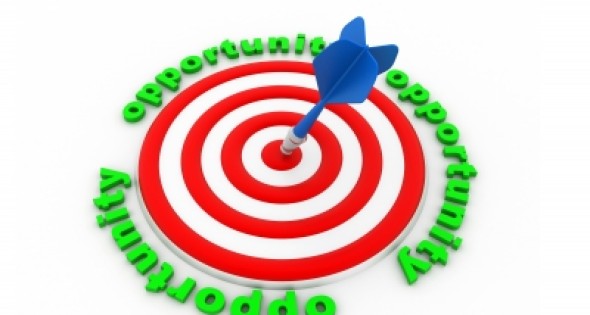 Regions of New York that have been sliding back in terms of economic development, the Southern Tier and western New York, are now getting a big economic development push from the state.
Tom Kucharski, president and CEO of Buffalo Niagara Enterprise, says that the economic transformation in that region of the state is in progress, thanks to Gov. Andrew Cuomo. “He came out, and, I would imagine to some degree put himself out there politically, and made a promise to really change the mindset of the region,” he says. “We have never had a governor pay as much attention to this region of New York as he did.”
“A Path to Renewal: The Buffalo Billion Investment Development Plan,” developed by the Western New York Regional Economic Development Council and presented to the governor in December 2012, identifies six high-level strategies and the unique assets that will move the region forward on the path to sustainable, next-economy growth.
High potential economic development sectors include advanced manufacturing, health and life sciences, and tourism, while key enablers include entrepreneurship, workforce development and smart growth.
The governor’s office reported that this $1 billion plan for economic excellence in the Buffalo area has the potential to set a new growth trajectory for jobs and growth in the regional economy.
In an opinion editorial published on the website of Empire State Development, the state’s chief economic development agency, Howard Zemsky, incoming president, CEO and commissioner for the agency, wrote that the governor’s approach is also paying big dividends for the Southern Tier of the state. 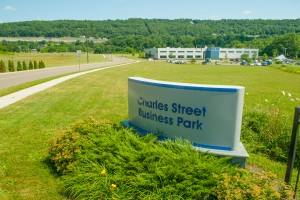 The Charles Street Business Park in Binghamton has more than 25 acres available for development for light manufacturing of parts and components. The park, adjacent to a residential area, has full utilities available. Photo: Broome County Industrial Development Authority

Since 2011, he wrote, New York has invested more than $303 million to support 298 projects recommended by the Southern Tier Regional Economic Development Council. “These investments in job creation and community development are leveraging almost $1.5 billion in private investments (modeled after the Buffalo Billion plan), and will create nearly 2,500 new jobs and retain more than 12,800 existing jobs.
“Communities that were once on the decline are bouncing back and experiencing first-hand that the governor’s decision to empower regions was the right decision,” he wrote.
Kucharski says officials have been doing research to measure the workforce in Buffalo, knowing that they are going to go from a very traditional type of manufacturing economy to one that was going to look very different. “We have a large medical campus (the Buffalo Niagara Medical Campus) and a strong financial sector here — all of those things that would play in the future economy,” he says. “So we have to make sure that we have the right folks.”
Kucharski says that, years ago, Buffalo led a charmed existence with major employers in the community — in manufacturing and steel. But things changed quickly, and reaction to that change was slow in coming.
He says that the community was not working together. “We didn’t see ourselves as a region. We didn’t take the opportunity with our friends and colleagues that work for us. We had to figure out what we are going to be in the future. Our organization is an outgrowth of those conversations.”

Industries and Innovations
There is more positive economic news coming out of Broome County, a Southern Tier county in South Central New York just north of the border of Pennsylvania, as a new initiative gets underway.
The recently announced Grow Broome Fund is a small business lending program that is the operational and marketing name affiliated with the Grow America Fund, a New York City-based community development program. The program is open to qualified, existing businesses in operation for at least three years with two to 500 employees and revenues generally between $500,000 and $20 million. 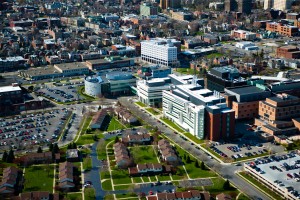 Together with the national development council, a national nonprofit, it allows the Broome County Industrial Development Authority (BCIDA) to invest some of BCIDA’s money to create a loan pool for small businesses, some of which have sprung up after other companies left. “Aviation started here, but many of those companies have left,” says Kevin McLaughlin, executive director, BCIDA. “But some of the small spinoff businesses remain here.”
One example is Rockwell Collins in Binghamton, makers of communication and aviation electronics. But other small businesses in general are on the upsurge.
ADEC Solutions, a global provider of data and document management solutions, will be expanding operations and moving into the Broome Corporate Park, which will result in the creation of at least 200 jobs in the next few years.
It is one of three companies that will invest more than $6 million in Broome County and create more than 240 jobs in the next two to three years, according to Debbie Preston, Broome County executive, in a speech about the 2015 budget for the county.

Talent and Education
Kucharski says that the Buffalo Niagara Enterprise has worked hard to not only bring in new companies but maintain a tax free incentive for years. That incentive, Start-Up New York, created tax free zones, and businesses in these zones will operate 100 percent tax free for 10 years.
But there’s more work on the transformation here. “The collaboration with universities has really been an economic driver for the transformation of the region,” Kucharski says.
There are 22 universities in the region, including the University at Buffalo, the largest campus in the State University of New York (SUNY) system. SUNY is one of the largest systems of universities, colleges and community colleges in the country.
The institutions are doing things to help the growth sectors of the economy in areas such as life sciences and advanced manufacturing. “We saw those collaborations with the University at Buffalo, the flagship institution for the SUNY system, and wanted to get other institutions involved,” Kucharski says. “We think this is only the beginning.”
In Broome County, McLaughlin says that they are in the process of working very closely with Binghamton University (BU), also part of the SUNY system, to bring in internships for small businesses and local manufacturers. “My goal is to get companies with 10 jobs each, not necessarily the big home run of the big company,” McLaughlin says. “If I can help 10 or 12 companies a year to create 10 to 15 jobs, that’s a home run to me.” 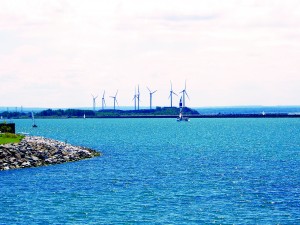 The city of Lackawanna designed a two-phased project, Steel Winds, to transform the 30-acre tract along Lake Erie into a progressive, renewable energy landscape. The project’s footprint now includes the Town of Hamburg, bringing the total capacity to 35 megawatts. Photo: Buffalo Niagara Enterprise

Assets
The aging infrastructure of upstate and western New York (the first turnpike road into Buffalo was built in 1805) is undergoing a series of consolidations and upgrades. Development continues on one of the major transportation routes in the state, I-86, as more of N.Y. State Route 17 gets designated as part of I-86.
One of those conversion projects involves an interchange with Interstate 81 near Binghamton, a $148 million project set to be completed by the end of 2015. The ultimate goal of this project is to improve operational and safety deficiencies.
Rail is also undergoing retooling. The main railroad in this part of the state, the Western New York & Pennsylvania Railroad (WNYP) main line, extends for 190 miles from Hornell, on New York’s Southern Tier to Meadville in northwestern Pennsylvania.
An interchange of that rail line is made with Norfolk Southern at Hornell, Meadville and North Driftwood, and with Buffalo and Pittsburgh railroads at Salamanca, New York and Corry, Pennsylvania.
WNYP began independent operations in 2001 after concluding a long-term lease with Norfolk Southern and obtaining certain property tax abatements granted by Southern Tier Extension Rail Authority (STERA). In addition to that lease, WNYP holds title to a 42-mile segment of its route (Corry to Meadville).
Since independent operations began, $26 million dollars has been invested to upgrade track and structures — including installation of 15 miles of welded rail and more than 125,000 crossties.

Outdoors and Recreation
The 2.7 million-acre system of state-owned lands, known as the Adirondack Forest Preserve, largely undisturbed by human activity. More than 70 native tree species are located in the preserve. There are also 55 species of mammals such as the white-tailed deer and black bear. Among the 218 different birds are the American bald eagle and the common loon. Additionally, the preserve features 86 species of fish.

Lifestyle
As employment opportunities pick up in the Southern Tier region of New York, more amenities are being added or secured for residents of the area.
For example, the minor league hockey team in Binghamton, the Ottawa Senators, just signed a five-year deal to keep the team in Binghamton. And the minor league Binghamton Mets are set to begin their 24th season in franchise history.
The Anderson Center for the Performing Arts, opened in 1985 on the campus of the BU, includes three theaters, and features top-notch performances. “So I think we bring a lot of different quality of life issues here, on a smaller scale than from major metropolitan areas,” McLaughlin says.
Kucharski says that the some of the new companies that have moved into the Buffalo area are talking about being there for the long term, and that has helped residents there believe that the region is on the rebound. “Now you walk around here and people are very upbeat,” he says. “People who left because they didn’t see any jobs that they went to school for, are now coming back.”
The Buffalo boom has created a sort of catalyst for development in the Southern Tier of the state. Zemsky wrote that there is more to come in the revitalization effort, including $30 million to assist farmers and agribusinesses; 76West, a $20 million clean-energy competition; and $60 million to complete construction of the School of Pharmacy and Pharmaceutical Sciences at BU. “I’ve experienced the economic resurgence in Buffalo firsthand,” Zemsky wrote. “I will work hard with the governor to ensure the same success is realized in the Southern Tier.”
More Info
Empire State Development
Broome County Industrial Development Authority
Buffalo Niagara Enterprise