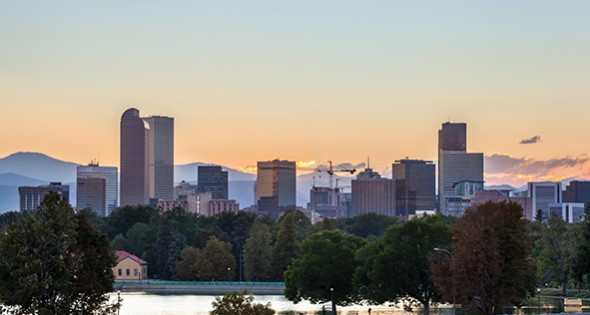 Colorado has received a long list of accolades in the last couple of years, including being named the #1 state for labor supply by Forbes in 2015; the #3 best state for doing business by 24/7 Wall Street in 2016; having the third best state economy by Business Insider in 2015; being named the second most educated state by Yahoo in 2015; and being named the eighth most innovative state by Bloomberg in 2016.

With a central location within the United States and 25 direct flights to major international cities, global markets are close and convenient to the state. It is an attractive state to do business with a strong economic environment, access to an available and talented workforce, world-class universities and labs and a prime same-day business location. Major employers within the state include seven STEM-based advanced industries.

Colorado exports $7.9 billion each year in USD with the top three destinations of those exports being Canada, Mexico and China. Colorado is the top exporter worldwide of medical instruments.

The state’s young workforce enjoys opportunities provided by numerous high-performance education and research institutions and many job training support organizations. Of those who live in the state, 38 percent have at least a bachelor’s degree, the second highest college attainment rate in the country, and 14 percent hold a graduate or professional degree.

Transportation and infrastructure are key components of the state’s economy as well. Denver International Airport is a top-ranking airport that offers 1,500 flights each day and serves almost 54 million passengers a year.

Erie is east of Boulder and north of Denver. “We’re primed and ready for development. We have a lot of shovel-ready land [and] land that’s developable. Our location is top notch,” says Scott Wingfield, chair of Erie’s Economic Development Council.

Erie’s population growth is “strong with good demographics. Right now, our population is around 22,000; ten years from now, it’s projected to be about 45,000,” Wingfield says. “The median income is $175,000,” and the population has a high concentration of advanced degrees.

The town will soon be home to one of the largest Kings Supers in the state, selling groceries, home goods and a wide range of products. Currently, much of the city is residential, so the new store is “a big thing for our town. We’re trying to drive jobs to Erie,” says Wingfield.

One opportunity is an urgent care facility tentatively slated to come to Erie’s Old Town in fall 2017. The city already has a presence in healthcare, financial services and insurance. Retail is starting to grow, according to Wingfield, and the town is focusing on improving the historic downtown.

“Unique restaurants and breweries are a big part of our economy,” Wingfield says, and Erie is working to attract “mom and pop shops.” These are factors in creating a high quality of life in town to match the proximity to outdoor recreation and the nearby big city amenities.

Erie has purposefully built a small-town feeling with community events such as the Town Fair and Balloon Festival held each May, says Wingfield.

Colorado offers a program called Jump Start. “New companies that don’t compete with a like company” are eligible, and will pay “no state or local taxes” for eight years, says Kristi Pollard, executive director of the Grand Junction Economic Partnership.

“Grand Junction was the first to take advantage of that,” Pollard says, noting that seven new companies have located in Grand Junction and created 350 jobs in the western Colorado community of roughly 60,000.

“Jump Start does have some stringent criteria,” Pollard says. Companies must create something new to qualify and, in Grand Junction, have a connection to Colorado Mesa University. “It’s drawing innovation, and opening doors for us to become a true entrepreneurial hub.”

Healthcare and technology are fast-growing industries in the area, in part due to Jump Start. Aviation and aerospace is another fast-growing sector. Grand Junction Regional is the fourth busiest airport in Colorado, according to Pollard, and West Star Aviation services private jets there.

“One of our growing industries is outdoor recreation manufacturing,” says Pollard. This sector will be one of Grand Junction’s top priorities in 2017, and it includes manufacturers of ski lifts, mountain bike products, teardrop campers and designers of zip lines.

“From a manufacturing standpoint, you think about the areas where you can do research and development and where you have enthusiasts […] to sell to,” Pollard says, asserting that Grand Junction is such a place and recommending that manufacturers can enjoy outdoor recreation there themselves.

“Brighton has been hot on the retail trail,” says Michael Martinez, executive director of Brighton Economic Development. Brighton’s population is now about 40,000, up from about 15,000 in 1995. “We’re growing so fast because people want to be in our community.”

“Retail had been lagging behind from an economic development standpoint,” Martinez says. The 2 million-square-foot Prairie Center Shopping Center has offered big box stores, and now restaurants are moving in.

Historically, Brighton was an agricultural town, but in 2007, Vestas Wind Systems brought in wind turbines. Having “a company in a different industry changed how we view ourselves,” Martinez says.

Brighton has an energy corridor, with Vestas utilizing about a million square feet of space and several oil and gas companies drilling in the area. Vestas is in need of suppliers, and there is available real estate nearby.

Downtown Denver and the Denver International Airport are each about 20 minutes from Brighton. “Access is key to bringing businesses in,” says Martinez. BNSF and Union Pacific rail lines run through Brighton, as do Interstate 76 and East 470.

“We attract companies who need Denver and the airport,” Martinez says. Brighton’s 17 square miles are “only about 50 percent developed; since Denver is such a hot real estate market, the development and the growth are moving our way pretty rapidly.”

Brighton has a 1.3 million-square-foot warehouse and distribution center available. “It’s the largest piece of real estate in Colorado,” Martinez says, noting that the building may house a Fortune 500 company in 2017.