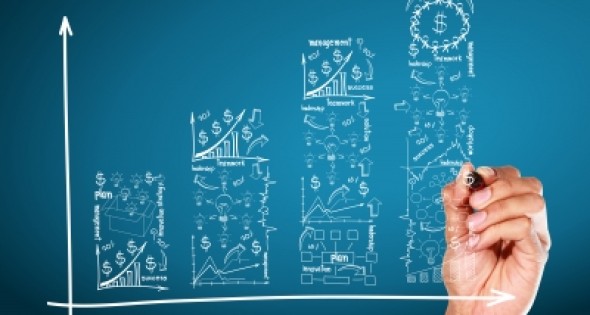 Written and compiled by Rachel Duran
Businesses looking at establishing a Mid-Atlantic region operation would benefit from a Delaware location, says Judy Diogo, president, Central Delaware Chamber of Commerce. The chamber serves the greater Dover region. “Because we are a small state we have the ability to be reactive to companies’ needs,” she says. “We have the ability to pull together resources very quickly. There is a lot going in Delaware that people are not aware of. We are a hidden gem in a lot of ways.”
Partnerships and collaborations between public and private groups proliferate in the small state, which benefits industry. Diogo’s group is working with the Kent Economic Development Partnership to establish a food innovation district. In the short term the district’s focus will be to maximize and create partnerships with existing companies. “What we see down the road is making Kent County a hub for food innovation through training and marketing and development,” Diogo says.
Central Delaware is home to several family farms, and a number of restaurants that participate in farm to fork initiatives, sourcing local produce for their meals. The area is also home to a number of food processing manufacturers. Companies include Kraft Foods, poultry plants, and a clam factory. “When you look at the base of Delaware, agriculture is huge, so the food innovation district is a way of maximizing the strengths we have in our state,” Diogo notes.

Industries and Innovations
In addition to agriculture-related activities, central Delaware and Kent County are well suited to support manufacturing, health care-related, retail and tourism-related companies. Companies can also access the area’s four colleges and universities for workforce training initiatives and talent base.
From a state perspective, Delaware’s leading industry clusters include aerospace and aviation, green and material sciences, health care and life sciences, insurance and financial services and tourism.
The aerospace and aviation cluster includes Dassault Falcon Jet-Wilmington Corp., which is Dassault Aviation’s leading maintenance and modification service center; and PATS Aircraft Systems in Georgetown, which conducts complete aircraft modification.
Delaware’s economic development officials are mindful of environmental protections, which is creating jobs and positions the state for future success. An example is Motech Americas, which acquired the former General Electric Co. facility in Newark. Motech is Taiwan’s largest producer of solar cells and a former GE supplier. Motech retained 70 jobs and will add jobs at the facility, where the company produces crystalline silicon-based photovoltaic modules.
In further support of environmental protections, in October, Delaware Gov. Jack Markell signed three bills to spur brownfields redevelopments, while safeguarding the state’s groundwater and protecting public health.
In regard to life sciences, CD Diagnostics Inc., a leader in biomarker research and immunoassay development, is a recent addition to the cluster. The company’s new 20,000-square-foot headquarters is located in Claymont. CD Diagnostics consolidated offices from Wynnewood, Pa., and Logan Township, N.J., to Delaware. “CD Diagnostics uses the latest technology and practices to create the products of tomorrow, said Alan Levin, director, Delaware Economic Development Office, in a public statement. “They are one of several companies here in Delaware that are redefining what it means to be a manufacturer through their use of advanced laboratories and techniques.”
CD Diagnostics joins fellow life sciences cluster companies such as Agilent Technologies, Adesis, DuPont, MIDI, Syngenta, and the North American commercial headquarters of AstraZeneca.
Talent and Education
Project Pop-Up is a state program that offers three months of rent-free commercial space and business advisory services to entrepreneurs. Thirteen businesses will participate in this year’s program, which runs from October through December. The program is a joint effort of the Delaware Economic Development Office and Downtown Delaware.
Said Gov. Markell in a public statement: “Project Pop-Up has proven to position them [entrepreneurs] for long-term success, helping to turn their great ideas into thriving businesses, while reinvigorating vacant properties in our downtowns. Combined with initiatives like expanding the research and development tax credit for small businesses and reforming state regulations, this initiative is an essential part of our efforts to unleash the potential of Delaware’s small business community.”
In other initiatives, Delaware’s education leaders have established milestones for the public and higher education system. In 2014, among the state’s higher education goals were to attain a 70 percent college enrollment rate, and a college retention rate of 85 percent.
Assets
Delaware’s location in the U.S. Mid-Atlantic puts it within proximity to Baltimore, New York City, Philadelphia and Washington, D.C. Interstate 95 is accessible from the Wilmington-Newark region.
In regard to business climate advantages, this year Delaware was ranked as the No. 1 business friendly state by CNBC. An example of the state’s assets is the Financial Center Development Act of 1981, which has established the state among leading financial clusters. The act offers tax breaks and eliminates consumer rate restrictions. As of May 1, 2013, more than 1 million companies, U.S.-based and offshore, have incorporated in Delaware, including more than 60 percent of Fortune 500 companies, according to Delaware Business Incorporators Inc.
What’s more, the state’s Court of Chancery is a leading resource of corporate case law.

Outdoors and Recreation
The Delaware Outdoor Trail consists of a collection of more than 60 activities at more than 40 statewide locations, ranging from the hills to the beaches and bays. The trail system is grouped in four categories: walking/hiking/running; wildlife viewing; biking, and water activities. Source: www.visitdelaware.com

Lifestyle
Delaware is bordered by the Atlantic Ocean and the Delaware Bay. Even though the Northeast U.S. corridor is densely populated, Delaware features open spaces and a more relaxed atmosphere, Diogo says. The state is comprised of three counties and 57 incorporated municipalities.
“The quality of life is one of the biggest things that draws people to us,” Diogo says. “Our state is so small that within an hour you can be at one of the top resort areas on the Eastern Seaboard. We have beautiful state parks and beaches, and a lot of history, arts and culture.”
When it comes to cost of living considerations, the state features a lower cost of living than surrounding states. Home ownership was estimated at 74.5 percent in the first quarter of 2014, compared with a nationwide average of 64.8 percent.
More Info
www.dedo.delaware.gov
www.visitdelaware.com
www.cdcc.net