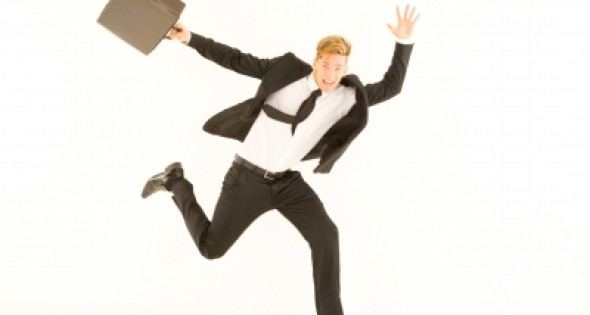 Idaho Officials Move at the Speed of Business

Idaho’s population of 1.58 million people makes it easier for elected officials to make decisions at the speed of business, advancing expansion projects that are on compressed timelines. In Twin Falls, Chobani was able to build its Greek yogurt manufacturing facility from the ground up in 326 days. The company’s 1 million-square-foot facility is the world’s largest yogurt production facility.

“You can say, ‘sure, if you throw enough people and money at this type of project, you can accomplish almost anything,’” says Jan Rogers, executive director, Southern Idaho Economic Development Organization. “But you couldn’t do it unless you had a city walking side-by-side through every aspect, such as permitting and building inspections.”

Rogers says the Chobani project was a statewide collaborative effort from Gov. Butch Otter’s office to state agencies, such as transportation, to the local municipality. “Our mantra has been that we want to work at the speed of business and make every project successful,” Rogers says. “In a state the size of ours, you can maneuver from the governor’s office to the mayor’s office with a phone call.”

Gynii Gilliam, chief economic development officer, Idaho Department of Commerce, concurs about the state’s ability to quickly put projects into action. “We can put a CEO in touch with the governor very easily,” Gilliam says. “Our lieutenant governor [Brad Little] is actively involved in economic development and visits with companies across the state. He works with us on the recruitment and expansion process, and I report to him monthly.”

What’s more, Gilliam says the Idaho Department of Commerce works closely with its sister agencies across the state to find solutions to business challenges.

Recent solutions to support business expansion activity in the state include the Hire One refundable tax credit, which was passed last year by the Legislature. A proposal scheduled to be put before the legislature is a tweak to the Hire One program, called the Hire One More Employee Act or HOME.

Another of the state’s incentives is the Idaho Global Entrepreneurial Mission or IGEM, which is a $5 million effort to support commercialization and technology transfer activities. “Two million dollars went to CASE, the Center for Advanced Energy Studies, in Idaho Falls,” Gilliam says. “It is a collaborative effort between the Idaho National Laboratory, state government and the state’s three public universities; along with private industry partners.”

CASE conducts a range of research such as solar, wind and geothermal energy, and battery storage.

The remaining $1 million of the IGEM funds was directed to the Idaho Department of Commerce.

In regard to leading industry sectors, Gilliam says Idaho focuses on agriculture and manufacturing, which includes food processing and forestry activities.

In some regions of the state, mining activities account for 40 percent of the economy. The state is also home to several ammunition companies.

Idaho is also well suited to support scientific and professional services, much of which ties into the Idaho National Laboratory. In addition to the federal lab, the state is also home to federal offices such as the U.S. Forest Service, the U.S. Bureau of Land Management and the U.S. Fish and Wildlife Service.

An emerging and growing sector in Idaho centers on health care.

Moving to the local level, operations that tap into the advantages of southern Idaho’s agriculture and manufacturing sectors do well. Rogers’ organization markets Burley on the east side of south central Idaho to Glenns Ferry on the west.

In addition to the newly operating Chobani yogurt processing plant, which is located on 20 acres of a 200-acre site, downtown Twin Falls will soon be home to Glanbia Foods Inc.’s new headquarters and cheese innovation center.

“Our expansions are primarily in the food industries,” Rogers says. “No other region [in the country] produces the diversity of food we do in our five counties.” The southern Idaho region is the country’s No.1 producer of trout, ranks in the top five for row crops, and is a leader in the numbers of dairy cattle, cattle; honey and meat processing.

“There is a fair amount of growth left in the dairy industry,” Rogers says. “We have a number of large cheese companies and now we are home to Chobani, which creates opportunities, and cheese companies continue to inquire about our area.” Adds Gilliam: “We are looking for companies to use the cream and whey because Chobani has to ship some of this product out at this point; we need to get the full value chain.”

Chobani’s needs have also spilled into other manufacturing activities, including with Boise Cascade, which expanded its workforce to support the increase in box production to support Chobani’s needs. “We actually needed two box companies in Idaho to supply Chobani to support their daily needs,” Gilliam says.

Recent manufacturing projects in Idaho include ATCO Structures & Logistics to Pocatello, which manufactures the “man camps” used in the mining industry; and Southwark Metal Mfg. Co., to Caldwell. Scentsy Candle is building a corporate, manufacturing and distribution facility in Meridian, part of the Boise metro. Cives Structures is producing structural steel and platework from Ucon. And Lead-Lok Inc., which supplies tape used in the medical industry, is expanding its operations in Sandpoint.

Gilliam says the Idaho Department of Commerce, private industry and the higher education system have partnered to ensure Idaho’s workforce can support the needs of projected growth industries such as software engineering and advanced manufacturing. “If we wait until [business] movement happens, and say that takes two years, we will not have enough of a prepared workforce,” Gilliam says. As it is, “Advanced manufacturing companies are saying they have jobs available now and can’t find the people qualified to do them,” Gilliam adds. The state’s Department of Labor will bring a proposal to the Legislature in regard to workforce training to address those gaps.

By working together to identify emerging opportunities, Idaho’s officials see a growing middle class in China and Brazil, and an increasing demand for food. “They want foods from the United States, which come with safety measures, certifications and approvals,” Gilliam notes.

In regard to Idaho’s education system, nearly 64 percent of the state’s general fund is dedicated to education. Additionally, nearly every city with a population of 20,000 or more is within proximity to a college or university.

In regard to Idaho’s business climate, Rogers says the state and her region can offer companies services other locations are unable to offer. “I don’t think you can find a small community such as Twin Falls, which is less than 50,000 people, which can walk step-in-step with a company and build an advanced manufacturing facility up from the ground in less than a year,” she says, referring to the Chobani project.

Rogers also points out the advantages of Idaho’s western United States location. “A lot of the businesses we have attracted in the last five years to 10 years have come because they are looking for a Western location for their projects.”

Based on average housing costs, utilities, health care, transportation, groceries and other services, Idaho’s cost of living is the second lowest of the 11 western states. Gilliam says the housing industry in the state is coming back, and that Boise’s marketplace is doing much better.

Idaho’s quality of life advantages offer business executives and their talent access to a Northwest United States location which is host to all four seasons. Gilliam adds in order for companies to retain their workforces, they need to address the desire to access outdoor activities, and reside in metro areas with several cultural activities and vibrant downtowns.

Even though quality of life generally plays a secondary role to the bottom line, workforce advantages and other business factors, it can make the difference once a company decides Idaho is a good business match. They then want to know what the lifestyle is like.

An example is technology company, ON Semiconductor Corp., which has operations in Pocatello. The company continues to expand in the community, where much of its workforce is attracted to outdoor and recreational activities, and the lifestyle in the Northwest United States.

Fueled by efficient, clean hydro-electric power, Idaho’s commercial electric rates are among the lowest in the United States, and are about half that of many western cities.


Idaho is ranked No. 2 in the country in regard to patents issued per capita; and ranks No. 7 for renewable energy source electricity generation.

Visitidaho.org says whichever of Idaho’s seven regions you choose to discover, you will find spectacular scenery, fun things to do and friendly, helpful people. You will also find a place that is unhurried, unspoiled and unassuming.