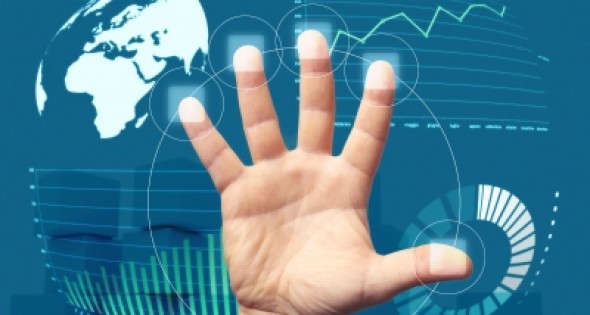 This state’s bustling, mostly rural, communities have one thing that attracts economic development – strong regional metropolitan centers that make doing business much simpler. “We are taking chances on things in the state that make it a place that is more attractive to live and work,” says Mark Nolte, president of Iowa City Area Development Group.
“It used to be the mindset that if you bring in companies that the people will follow,” Nolte says. “That notion doesn’t hold true anymore. People can live where they want to live now. And if you are not working to become an attractive place to live you are not going to get the people, and therefore, the companies. It’s a 180 shift in thinking about economic development.”
Nolte says that in Iowa City what they have done is “a lot of nontraditional work” that is starting to pay off now. “We got more employers that are looking at our market from places like California, setting up offices here now. Our challenge is: How do we keep up with the population that we need?”
Debi Durham, director, Iowa Economic Development Authority, says that they are seeing growth in their three major sectors — advanced manufacturing, financial and biosciences — with robust growth in the financing and insurance side. “And that is encouraging because that is where all of the high quality jobs are,” she says. She says that is following a trend that they have been seeing over the last four years, which is the shrinking of low skilled jobs and the expansion of middle to high skilled jobs.
One way state officials are helping the bio community is with a new policy and a new strategy for them to offer a fully refundable bio production tax credit. “We want to own the biochemical space in the U.S,” Durham says. “So we know that if we harvest that rich building block chemicals from our biofuel stream (ethanol and biodiesel specifically), that is a great added value and something we see as a huge market for us going forward.” That policy piece is before the legislation now, and is receiving bipartisan support; and she feels very confident that something will get passed this year.

*Iowa ranks among the top 10 states for quality of university R&D.

*Since 2001, Iowa’s bioscience growth has outpaced the nation in three of five of the bioscience subsectors: agriculture feedstock and chemicals; drug and pharmaceuticals; and research, testing and medical laboratories.

Industries and Innovations
The insurance industry has staked a growing presence in the state.
In fact, Principal Financial Group, a global leader as an investment manager, with 6,000 employees in their 2.4 million-square-foot corporate headquarters in downtown Des Moines, just embarked on a $300 million campus renovation project.
That sort of growth of the financial sector is happening in smaller communities around the state, Durham says.
The state’s insurance regulatory structure is fair and transparent, recognized as a model nationally, and gives the state another avenue of economic growth during uncertain times. “Economies are going to ebb and flow in different sectors all of the time,” she says. “For example, if you look at where commodity prices for corn are now, there are actually below what it costs to produce the corn. So we are seeing a farm economy that is being suppressed, while those finance and insurance and IT and software development businesses are growing well.”

Talent and Education
Nolte says that one of the challenges they have is providing workforce to their manufacturers, which is a common theme across the country. Kirkwood Community College, the University of Iowa and high schools in the area got together and created regional science, technology, engineering and math (STEM) centers — seven in all, with three online now and a fourth online next fall, Nolte says.
“If a student takes advantage of that center, they can graduate high school on a Friday, get their associate of arts degree on a Saturday and come out with no debt and be workforce ready,” he says. “We start feeding more kids through that program and that is how we are going to really tackle those manufacturing jobs.”
Nolte says that the biggest change over the last few years in economic development in the state is how they have addressed some of these workforce challenges. “One of the ways that we have done that is by building a stronger startup economic system as a way to attract and retain more young people, and help them create jobs in a different way.”
Nolte says that they are using the Austin, Texas, model, which he says is a top down model, where economic developers learned to get behind their startup community.
Nolte says, as part of that model, his economic group works out of a nontraditional space in partnership with the university. “So as students and faculty are commercializing technology, we are the home for that. They come here and get space at cost, and the university staff is here every day,” he says. “So what we are trying to do is erase that division between academia and startup development.”
Research universities like the University of Iowa — $516 million in external research funding in 2014 alone — are in demand in today’s economy, he says, because employers are looking for lifelong learners. “It’s not about what you know, it’s your ability to find information, interpret information and give it context,” Nolte says. “A major research university attracts that type of person.”

Assets
Black Hills Energy, an investor-owned utility that is a subsidiary of Black Hills Corp., serves more than 600,000 customers in seven states across the Midwest, including Iowa, Nebraska, Kansas and Wyoming. The company is both a gas and electric utility. For Iowa, they are solely a natural gas distributor, says Mike Fastenau, program manager, external affairs, for Black Hills Energy-Iowa.
With more natural gas being made available in the United States, demand is ticking up. “More and more companies are looking at natural gas now as a viable option in their process loads (energy consumed by the manufacturing process),” Fastenau says. “Especially in Iowa over the past three years.”
He says the reason for that is the rise in agriculture value-added manufacturing that is going on in the state, which usually requires natural gas.
In the last couple of years, he says, they have seen growth in Tyson Fresh Meats, Inc., producing beef and pork products in Council Bluffs, which recently did a $10 million expansion; and Gavilon Ingredients, building a $4.5 million animal feed handling facility, also in Council Bluffs. “All of these use a lot of gas in their process load,” he says.

Outdoors and Recreation
In the 8,500-acre Yellow River State Forest, in the northeast corner of the state near Harpers Ferry, Iowa, are found some of Iowa’s most unique forest features and terrain. There is also a wide variety of plant and animal life (including more than 65 species of birds). Year-round camping is available, and hikers, equestrians, snowmobilers, and cross-country skiers can all take advantage of the extensive trail system.

Lifestyle
Nolte says that, especially in Iowa City and Des Moines, there is good access to culture unlike anywhere else.
He points to the Mission Creek Festival that Iowa City has every spring, back for a 10th time this spring. That festival has become on par with the wildly popular South by Southwest in Austin, he says. “And I don’t say that lightly.”
Mission Creek has grown into an alternative music, art, literature, film, food and technology festival, which has attracted up to 20,000 people.
The casual rural lifestyle of the state is one of the better kept secrets that many residents cherish. A climate of friendly business development, solid and lasting friendships and a farm-friendly environment makes this a comfortable, hassle-free way of life.
Nolte says that he knows that, nationally, the perception of Iowa is either no perception or some negative connotation that they are all hillbilly farmers. “And that couldn’t be further from the truth.
“The message we need to be selling better is that we lack for nothing here, except for traffic or the congestion,” Nolte says. “What you are not going to do is sit in traffic for two hours, and your mortgage is going to be reasonable.”