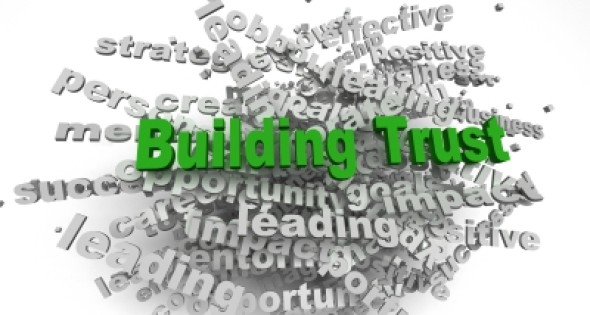 This relatively small, unassuming state has excess capacity for faster and stronger economic development these days — and want to let the world know that they getting back to work in a big way.
W. Ford Graham, director of international investment for the South Carolina Department of Commerce, and managing director for the state of South Carolina European office, says his office has been charged by Gov. Nikki Haley to create jobs in the state. “And so that is the overarching theme of what we are doing,” he says.
More specifically, he says, they have worked on developing the considerable interest from the automotive industry into the state, as well as the aerospace industry. “We have seen a lot more of those companies here than we did in the past,” he says.
He says that the state, relatively small with a population of just 4.7 million, is still a very rural state. “And so what fits well in an urban environment may not be the same that fits our rural communities,” he says. “So we have to diversify to make sure that we have a business that fits just about anywhere.”
He says the state has invested in global business development with four locations across the world — Shanghai, China; New Delhi, India; Tokyo, Japan; and their largest and oldest office, Munich, Germany. Graham says that the reason for their presence in Europe is that more than 40 percent of the state’s new job growth comes from European companies, and roughly 35 percent to 40 percent of those are German companies.

Industries and Innovations
At the North Eastern Strategic Alliance (NESA), a regional economic development organization of nine counties in the northeast corner of the state, Executive Director Jeff McKay says that they have a blend of manufacturing, back office and tourism fueling their economic engine. He says that they are looking to bring in data centers, where they see exponential growth over the next few years. “We have great, reliable redundant power and a climate that is conducive to data center development,” McKay says. “We have the water that is needed. And we feel that it’s a growing and emerging opportunity that we can really compete on,” he says. “It’s a good fit.” 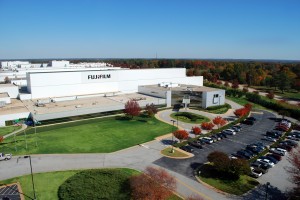 Fujifilm expanded its operations in Greenwood County by moving its regional distribution center for photographic products to its campus there. Photo: Greenwood Partnership Alliance

In the southwest corner of the state, and the closest South Carolina county to Atlanta that is home to over 60 industrial-related companies, is Oconee County.
The county enjoys a diversified economic base, says Richard Blackwell executive director of the Oconee Economic Alliance, from businesses such as bottled water production (CG Roxane Water Co., Inc.) to automotive aligned companies (Altera Polymers LLC and Dynamic Fluid Components).
Blackwell says that the largest manufacturer in the region is in Seneca, where about 740 employees at the BorgWarner Inc. plant make two-speed, part-time four wheel drive transfer cases for the Toyota Tundra pickup truck.
Michelin’s 10th South Carolina plant is in southern Greenville County, and $2.2 billion BMW assembly plant is about an hour away in Greer.
Another auto business in the area, U.S. Engine Valve Corp., in Westminster, makes engine valves for Toyota, Honda and Nissan. That company did about a $120 million expansion last year. “So we are very blessed to be right in the sweet spot of the automotive industry,” Blackwell says.

Talent and Education
Graham says that the state’s most basic workforce program is the readySC Workforce Development Program, begun in the ‘50s as a conscious effort to shift the state’s economic base from an agricultural to one that had higher paying jobs in the manufacturing sectors.
He says that over the years, more than a quarter-million workers and 2,000 companies have taken advantage of that program, which is basically run through the technical college system (Greenville Technical College in Greenville, Central Carolina Technical College in Sumter, Denmark Technical College in Denmark, Midlands Technical College in Columbia, and a dozen others). “That workforce training works by bringing trainers in from China or Germany or Japan, or maybe sending trainers from here to there to learn and come back and train our workforce,” Graham says.
BMW and Bridgestone have used that program consistently, he says, but it’s available to small companies as well. “It’s not an off-the-shelf program,” he says. “It is something that we developed independently for each and every company to meet those company’s needs.”
Say Heather Simmons Jones, CEO of the Greenwood Partnership Alliance in Greenwood County, business development is driven in part by the nonprofit Greenwood Genetic Center.
She says that now they are trying to get two buildings planned for the genetic center and get one building out of the ground — a 17,000-square-foot building which will be an academic and research type of facility as part of a partnership with Clemson University — with more development to come based around the center. “We are more focused right now on the bricks and mortar and concrete components of what we need to accomplish at the genetic center,” she says.

Assets
Will Williams, director of economic development partnership comprised of Aiken, Edgefield and Saluda counties, says that they are just going vertical now with a more than 100,000-square-foot speculative building that will hopefully attract a user. Another industrial park in Akin County has about 1,100 acres remaining. “We would like to get an automotive supplier or an aerospace supplier or other types of industries that use more advanced technology in there,” he says.
Blackwell says that they have invested about $15 million into economic development over the last four years, basically building industrial parks and getting product ready. “We are getting our sites ready, and padding them out, making sure all of the infrastructure is there,” he says. “So when a company makes a decision that they are ready to move, they can have that ability to move,” Blackwell says. 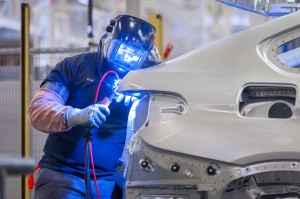 South Carolina has lead the Southeast in manufacturing job growth consecutively since 2011 and is making considerable gains in the advanced manufacturing industry (chemical, electrical, automotive, and pharmaceutical). Photo: South Carolina Department of Commerce

He says that the region, being between Charlotte and Atlanta, is considered a mega-region called Charlanta, and represents the 13th biggest economy in the world. “We don’t want to be either of those cities,” he says. “But instead, be the best Oconee County can be,” he says. “And to do that, we have got to tell our story and get some industrial product to go. We are trying to do comprehensive economic development, hit singles here and doubles and not just home runs,” he says.
He says that they had nearly 300,000 square feet of industrial real estate absorbed last year, and like many of the counties in the southeast, they are running out of product. “That is why we spent so much money in getting product in place, to replenish those options and put our money where our mouth is.”
That view is echoed by Jones. “We are seeing about 46 percent of the projects requesting information about product, and we don’t have that building inventory that they are looking for, such as high ceilings, flexible square footage, normal three-phase power, water and sewer. We just don’t have that right now.”

Outdoors and Recreation
Hunting Island State Park is a very popular park located on a large barrier island between Charleston and Hilton Head in Beaufort County. It has a historic 1859 lighthouse as its centerpiece and a semi-tropical variety of plants and wildlife. There are many beaches and hiking trails, including an eight-mile-long trail open to both hiking and biking.

Lifestyle
Blackwell says that when he talks about Oconee County, he talks about it as the geography of opportunity. “Whether you are an outdoor enthusiast or a tourist,” he says. “Our strengths are the quality of place, the quality of life.”
He says that they are on the “front door” of the Blue Ridge Mountains, along with lakes and rivers, which offer kayaking and water skiing and fishing. The hilly countryside was ideal for the creation of man-made lakes, including 56,000-acre Lake Hartwell and 18,500-acre Lake Keowee. “And we don’t have the oceans but we have as much shoreline as our friends on the east coast. It’s just that that shoreline is fresh water as opposed to salt water.”
There are more than 14 million people that vacation in the nine-county NESA region, McKay notes. “So we thought — how can you parlay that? If they are vacationing in the area, wouldn’t it be a nice opportunity to work and live in a place that you are going to vacation? And we think we can offer that.”
As an example, McCay says look at the 17-square-mile city Florence in Florence County. “It’s not on the beach, but you can access it in an hour and 15 minutes,” he says. “You have all of the theater, all of the performing arts, all of the amenities that a much larger city would have, but you don’t have the hustle and bustle and the traffic.”
Graham says that one of the big challenges for the state is that it doesn’t have a big city like a Chicago or Atlanta. “So we are not necessarily the first place that European companies or international business people think about when they think about the U.S.,” he says. “So we have to work a little harder to make sure that we are opening those doors and getting our message out there. We have been successful so far in doing that, and hopefully through word of mouth, that success continues.”
He says that they want to continue to work with the industries that are in the state now — specifically automotive and aerospace — but in an effort to diversify, they definitely want to spend more time on the IT, bio, pharma and composites sectors. “The carbon fiber sector we think is very big,” he says. “It is not only a sector that touches our existing aerospace and automotive industries, but we think the ability to adapt that technology to lots of other uses will make that a very strong sector for us in the future.”
More Info
www.sccommerce.com
www.edpsc.org
www.investoconeesc.com
www.nesasc.org
www.partnershipalliance.com