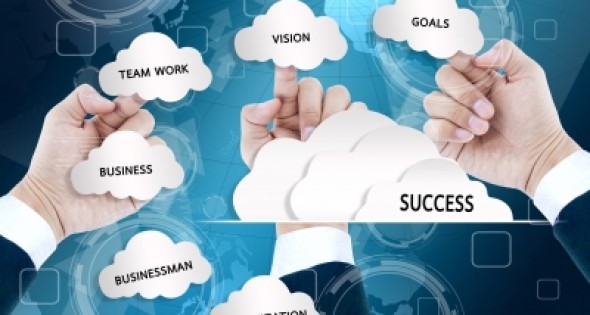 The Marcellus and Utica shale formations under the Appalachian region of West Virginia and parts of surrounding states are enormous. The Marcellus Shale alone is the largest source of natural gas in the United States.

With the combined efforts of West Virginia and surrounding states able to access the shale deposits, Burdette says, “We think it has the potential to have the country become energy independent within the next couple of decades.”

Energy independence isn’t the only thing to be gained. Odebrecht and Braskem, from Brazil, are building an ethane cracker in Wood County. Ethylene results during the process of “cracking” the molecules of ethane gas, and is a component in many types of polymers. Importantly, an estimated 70 percent to 80 percent of the world’s consumer goods use ethylene in some form, Burdette says.

“We’re hopeful that this will allow us to create a new center of manufacturing in the country,” Burdette says explaining that moving the manufacturing centers to West Virginia and nearer to the new extraction and processing centers would save “untold” amounts of money on transportation.

The state “has a lot of room for downstream chemicals,” says Matthew Ballard, president and CEO, Charleston Area Alliance, meaning that the natural gas resources in the state are expected to open up and have opened up new opportunities for manufacturing.

Wayne County on the western edge of the state is poised to be able to ship West Virginia-made products all over the world, and plans to have opened the Heartland Intermodal Gateway (HIG) in Prichard by the end of December 2014.

“It’s going to bring us the ability to communicate with global markets right on our shore here on the Big Sandy River,” says Don Perdue, executive director, Wayne County Economic Development Authority, and delegate to the West Virginia Legislature.

Being a smaller state, West Virginia also has the advantage of easy-to-access decision makers, says Ballard. “A midsized manufacturer or even a family owned small business is very important for us,” he says, contrasting that with larger states with competing Fortune 500 companies.

“We’re building a business climate that allows people to succeed,” says Burdette. “Our cost of doing business is in the bottom five in the country,” he adds. West Virginia has also scaled down the corporate income tax rate from 9.5 percent to 6.5 percent statewide.

“This is an important moment in West Virginia,” Burdette says. “We can turn resources that have always been abundant in West Virginia into value added products. Energy is a big component.” The state is the largest exporter of natural gas and electricity in the country. Burdette also says that the plastics, chemicals, automotive and aeronautics industries are big in the state, as well as distribution centers.

Burdette cites Braskem’s plastics manufacturing operation near Parkersburg, as one example of an important player in their industry. DuPont is not without presence in the state. He adds that Macy’s has its largest fulfilment center near Martinsville. Purdue mentions Service Pump & Supply as an integral part of the natural gas supply chain. The FBI chose Clarksburg as the site for its Criminal Justice Information Services building, which processes fingerprints and deals with other biotech aspects of criminal justice.

“This was a rural and agricultural state until the coal boom,” Perdue says. Today, the state only produces about 5 percent of its own food, he says, explaining that the West Virginia Department of Agriculture is in the earliest stages of attempting to change that for the good.

Mingo County, just south of Wayne County, was historically rich in coal. Currently, the county has an estimated 2,000 acres of strip-mined ground. “We had looked at that as a problem,” Perdue says, “but now we see it as an opportunity.” They may have found a way to turn the strip mine back into agriculturally viable soil using surplus manure from ranches in neighboring counties in Ohio.

“There’s a lot of really thoughtful people putting a lot of energy into changing our prospectus [in Wayne County and the state],” Perdue says, explaining that in addition to the coal and natural gas resources, West Virginians are starting to look at incorporating solar, wind, biomass and geothermal energy into their power grid.
Talent and Education

“We have always been able to find huge reserves of employees,” Burdette says, citing Toyota’s transmission factory and a Gestamp facility as both needing hundreds of employees upon opening and getting thousands of applicants.

“What we’re focused on is trying to get our workforce into skill sets that will make them competitive in the future,” Burdette explains. Gov. Earl Ray Tomblin launched an initiative in late September 2014 to educate students as young as eighth grade about jobs in sectors like advanced manufacturing that they might not otherwise have heard of.

“Our organization,” Ballard says of the Charleston Area Alliance, “even runs a program to take middle school and high school teachers and counselors and show them different types of jobs available.”

The state offers learn-to-earn programs offering classes and work experience simultaneously to worker-students, a program Toyota and DuPont have both been advocating, Burdette says.

Early exposure is partnered with the Governor’s Guaranteed Work Force Program, which has trained more than 197,000 workers since its launch in 1991, and a community college system newly made nimble by a separation from the four-year university system.

The West Virginia Regional Technology Park, Ballard hopes, is a spearhead of a resurgence of innovation in the chemical industry for the state.

“The FBI told us their turnover was 30 percent-ish in D.C., but negligible now,” Burdette says of the FBI’s CJIS building. Worker turnover, he asserts, is among the lowest in the country, and this is possibly linked with the fact that 76 percent of West Virginians own their own homes.

Additionally, the state has “reduced workers’ compensation rates from some of the highest in the nation to the lowest,” Burdette says. “We have stabilized our unemployment benefits funds.”
Assets

“West Virginia is in the center of the mid-Atlantic — within one day’s shipping of about 60 percent of U.S. population,” Ballard says. This is also an important component of the move towards processing ethane and manufacturing products containing ethylene near the source at the Marcellus and Utica Shale.

West Virginia owns most of the access to the Ohio River, Burdette notes. “We’re really starting to embrace our role in transportation,” Perdue says. The HIG facility represents a $30 million investment and provides access to ports on the east and west coasts via the Big Sandy River, the Norfolk Southern rail line and I-64 via a state highway.

Toyota estimates that shipping cargo to Prichard instead of to Dayton or Columbus, Ohio, as they have been will save them $400 per container, Perdue says.

The Monongahela National Forest, established in 1920 and located in the north central highlands of West Virginia, reaches heights of nearly 5,000 feet above sea level and is home to a wide variety of flora and fauna including the rare West Virginia northern flying squirrel.

“I’m awfully prejudiced, but West Virginia is a spectacular piece of God’s Earth,” Burdette says. He also says the state offers everything from a “quiet rock on the front porch to zip lines.”

“The quality of life in West Virginia is high, and the crime rate is low,” Ballard says. The cost of living in the state is also low.

Charleston, Ballard says, is a “great little urban city,” but the state is the “outdoor playground for the East Coast.”

The state boasts no large metropolitan cities, but it does have access to Pittsburgh, Baltimore, Louisville, Cincinnati and even Washington, D.C. within day or weekend trip range, as Ballard and Burdette both pointed out.

West Virginia’s mountainous territory is laden with forests and lakes, including Beech Fork Lake state park, where Perdue says a new $30 million lodge facility is soon to be built, and which is already home to West Virginia’s most utilized camping grounds and very near the Guyan Golf & Country Club golf course which often hosts the U.S. Open qualifiers.