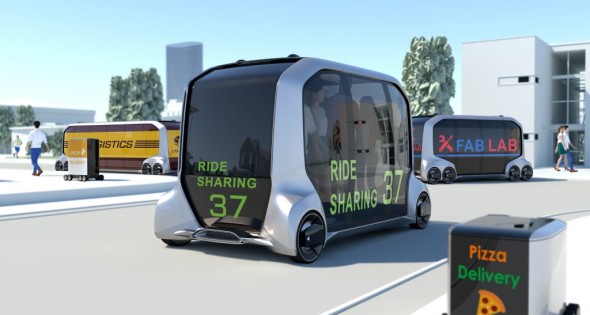 Automotive Developments Today – and the Profound Changes on the Horizon

The U.S. auto industry has flourished in part due to the influence of Japanese companies here. But there are serious game-changing events underway.

The automotive industry became a key growth industry in the U.S., especially after World War II, helping the U.S. solidify its position as a world economic power.

But there was change to come years later—a correction at first, and then a surge.

As noted in the history of automobiles from A&E’s History program, after peaking at a record 12.87 million units in 1978, sales of American-made cars fell to 6.95 million in 1982, as imports increased their share of the U.S. market from 17.7 percent to 27.9 percent.

By 1980s, the automobile industry transitioned into becoming a shared global enterprise with the rise of Japan’s influence as the leading automaker, eventually leading to partnerships in the U.S. that grew throughout the 80s and continue to drive the industry today.

The Center for Automotive Research (CAR), an independent research organization, reports that the first Japanese automaker design, research and development facilities opened in the United States in the early 1970s, and the related surge in automobile manufacturing began in 1982.

According to the research report, Japanese automakers have continually deepened their commitment to the U.S. auto manufacturing sector, with a $53.3 billion in direct manufacturing investment through 2019.

Currently, six Japan-based companies have U.S. production facilities. That count will increase to seven with the completion of the Mazda-Toyota joint-venture plant in Huntsville, Alabama, scheduled to open in 2021. Total funding for the development of that state-of-the-art facility is $2.311 billion.
Japanese automakers now operate 24 manufacturing plants across the country in traditional auto manufacturing states like Indiana, Missouri, Ohio, Tennessee, and Texas. Japanese automakers have also supported the creation of newer vehicle production ecosystems in states like Alabama, Georgia, Kentucky, Mississippi, and West Virginia.

Through significant investments in manufacturing, research and development, headquarters, distribution, and other facilities, the presence of these firms has grown to support 1.6 million jobs in the U.S. economy.

The CAR report indicated that today’s light vehicles are more advanced than ever, and automakers are transitioning to focus on such things as mobility, enhancing vehicle safety, improving traffic congestion, reducing pollution, and other technological innovations in car design.

Between 2010 and 2040, CAR projects the automotive industry will increase use of advanced high strength steels, aluminum, magnesium, carbon fiber reinforced plastics and composites.
The automotive industry will simultaneously reduce dependence on mild steels and high strength low alloy steel, according to CAR. High strength steel use is expected to peak at around 15 percent of total vehicle weight composition in 2020, and then fall to roughly 5 percent usage by 2040 as other lightweight materials gain share.

A blog published by the U.S. Department of Energy found that if just one quarter of the light-duty vehicles in the U.S. used light­weight components and high-efficiency engines, the U.S. could save more than 5 billion gallons of fuel annually by 2030.

One example: When Ford introduced the all-aluminum F-150 pick-up in 2015, the vehicle proved to be significantly lighter than steel counterparts on the market, giving the truck best-in-class fuel economy.
The autonomous car and what’s coming

Connectivity, and later autonomous technology, will increasingly allow the car to become a platform for drivers and passengers to use their time in transit to consume novel forms of media and services, or dedicate the freed-up time to other personal activities, CAR reports.

The increasing speed of innovation, especially in software-based systems, will require cars to be upgradable. As shared mobility solutions with shorter life cycles become more common, consumers will be constantly aware of technological advances, which will further increase demand for upgradability in privately used cars as well.

Once technological and regulatory issues have been resolved, up to 15 percent of new cars sold in 2030 could be fully autonomous, according to the CAR report.

The first step in the transition to autonomous cars is the electric car, with many on the road now, and electric charging stations becoming a common sight in the U.S.

But the reality of ending the era of combustion engines is a cause for great concern among manufacturers, according to Bernard Swiecki, the director of research and the director of the Automotive Communities Partnership (ACP) at CAR.

“We have an incredible investment in this country in engine and transmission production that is intended for conventionally-powered vehicles,” he says. “So if you work in a supplier plant that makes fuel systems, and electric cars don’t have fuel at all, what does that say for the future of that plant? And if you make engines, and there are no engines in electric cars, what happens to that job? And so the transition is something a lot of people are worried about in terms of how fast it happens and which things translate.”

For instance, if your factory makes a product that doesn’t appear on electric cars, he says, you have to step back and see what sort of equipment is in that factory. “What are the processes? Are you bending metal? Are you injection molding? Are you welding? And you look at the materials for an electric car and say, OK, this equipment and these capabilities and processes means maybe I can do this part or that part that goes onto an electric vehicle.”

That manufacturing transition that has to happen as more electric cars are built has governments around the country very concerned, he says. “It’s not just engine and transmission plants, that are owned by the car companies. It’s also supplier-owned plants that make a million different things for fuel systems and exhaust systems and so on that are just not part of an electric vehicle.”

He says that non-automotive work can be an option for those auto suppliers. “Very often a given supplier plant is dedicated to one type of product that is often completely automotive. Not all of that translates to non-automotive products,” Swiecki says. “The problem is that automotive is such a specialized industry.”
One option is for auto suppliers to go into the business of building large appliances, Swiecki says, using some of their metal forming processes, for example. 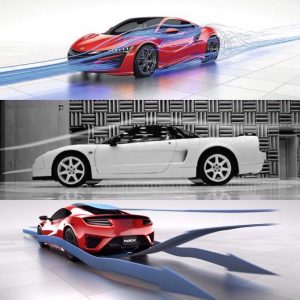 Honda’s $124 million wind tunnel in East Liberty, Ohio, uses an interchangeable belt system capable of testing both production vehicles and racecars. Wind speeds of up to 192 mph can be produced in the tunnel.

Overall global car sales will continue to grow, but the annual growth rate is expected to drop from the 3.6 percent over the next five years to around two percent by 2030. This drop will be largely driven by macroeconomic factors and the rise of new mobility services such as car sharing and e-hailing, according to CAR.

New mobility services—from Uber to other car-sharing services, to even micro-mobility options such as electric bikes and scooters—may result in a decline of private-vehicle sales.

As a result of this shift to diverse mobility solutions, up to one out of ten new cars sold in 2030 may likely be a shared vehicle, which could reduce sales of private-use vehicles. This would mean that more than 30 percent of miles driven in new cars sold could be from shared mobility.

With established markets slowing, however, growth will continue to rely on emerging economies, particularly in China, while product-mix differences will explain different development of revenues.
The CAR report shows that there are already early signs that the importance of private-car ownership is declining. In the United States, for example, the share of young people (16 to 24 years) who hold a driver’s license dropped from 76 percent in 2000 to 71 percent in 2013.

What car manufacturers need to do now

The certainty of all these future ideas is hard to predict. Automobile industry movers and shakers need to make strategic moves now to shape the industry’s evolution.

This will put them in a stronger position to retain a share of the globally growing automotive revenue and profit pool, including new business models such as online sales and mobility services, and cross-fertilizing the opportunities between the core automotive-business and new mobility-business models.