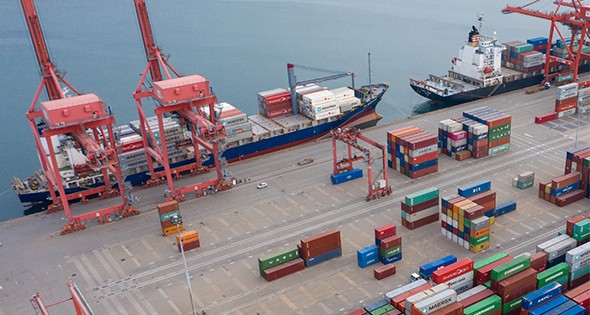 More Coordinated Focus on Value and Expediency of Intermodal Operations

As with so many global businesses, intermodal distribution has been seriously affected by the COVID pandemic. Help is needed.

Mario Cordero, the chairman of the board of the American Association of Port Authorities, and former co-executive director of the one of the country’s busiest seaports, the Port of Long Beach, California, testified before Congress in early February about the need for emergency relief by citing the impact of the pandemic on the nation’s ports. “The COVID-19 pandemic caused 2020 to be one of the most erratic and volatile years in terms of container volumes,” Cordero testified. “By the end of the year, total waterborne trade volume was down 4.8 percent compared to the prior year—and the value of that trade dropped by 11.3 percent.”

Seaport problems are just the tip of the iceberg in the interconnected system of intermodal distribution processes. It is a time of profound change for the intermodal way of doing business all throughout the intermodal system. And it’s coming just in time for a more demanding consumer.

The Intermodal Association of North America (IANA) reports that the connection of the global supply chain of stakeholders — railroads, ocean carriers, ports, intermodal truckers and over-the-road highway carriers, intermodal marketing and logistic companies, and suppliers to the industry—move billions of dollars in cargo every day.

The North American intermodal market in particular is estimated at $40 billion, and is the largest in the world.

According to the IANA, each year, a fleet of more than 34.5 million containers circling the globe are responsible for moving more than half a billion shipments between shippers and customers worldwide.

It is estimated that about 95 percent of the world’s manufactured goods at some time travel in a container before they arrive in the hands of the customer.

There are 7,000 trucking companies delivering intermodal freight in North America, and 17 million intermodal loads moved by rail in the U.S. annually.

Today, in the pandemic world, there is too much uncertainty crowded into an intermodal system that only succeeds on monetizing certainty and tightening various coordination efforts. sometimes on the fly.

An evolving, flexible, pro-active intermodal system is more critical today than in any previous year to meet challenges never seen before.

The U.S. Department of Transportation (U.S. DOT) revealed in a report that, in the immediate period before the pandemic, freight activity remained strong. “Amtrak was near breakeven operations. Air travel passenger volumes were at a record,” the report stated.

Then the Pandemic Hit.

But the pandemic has not affected the transportation of freight nearly as much as it has affected passenger-related transportation, according to the U.S. DOT. “Since the height  of the pandemic in April, when freight was most affected, freight volumes have generally rebounded to higher levels than before the pandemic as of August 2020. This is true for freight transportation modes by land, water, and rail.” 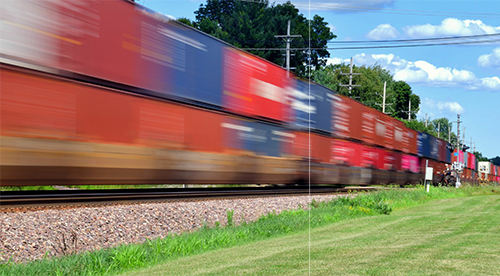 Vehicle miles traveled (VMT) by trucks on all interstate highways started to decline in March 2020, and by April, had reached a low. VMT declined almost 20 percent compared to the same time a year ago.

But since then, truck VMTs have rebounded for six consecutive months. VMTs recovered above the pre-pandemic levels in July, and, as of October, were staying positive above the 5 percent range.

The carrying capacity of containership vessels calling at U.S. ports was down in the 10 percent range for the first several months of the pandemic through July, compared to 2019. But by August, 2020, it had recovered above the pre-pandemic level, and has continued to trend upward.

E-commerce and other Evolutionary Changes

A white paper from CenterPoint Properties, an industrial real estate management and development company, finds that across the country, the swelling volume of intermodal facilities is creating industrial real estate hotspots. These hotspot areas are in close proximity to multiple forms of transportation, large population centers, or both.

According to the paper, major brands from BMW to Walmart, and the logistics firms that service them, are planting roots along the country’s key intermodal corridors in the Midwest, West Coast and Southeast regions in and around these hotspots. It’s a strategic move to address more e-commerce activity.

The e-commerce effect on intermodal services is growing stronger. As e-commerce expands, even brick-and-mortar retailers are being forced to meet new customer demands.

Same-day and next-day delivery options have encouraged retailers to create more flexible supply chains, and operate omni-channel fulfillment centers where traditional and online orders can be handled simultaneously, according to the CenterPoint white paper.

At the same time, pressure from online competitors has forced retailers to broaden their product offerings, forcing supply chains to have wider reach. Customer expectations for quicker delivery and overall better service have changed during the pandemic, and the intermodal system is being forced to respond.

For example, Walmart and Home Depot are two national retailers that service Midwest stores and customers through distribution centers within the 6,400-acre CenterPoint Intermodal Center in Joliet/Elwood, Illinois, just outside of Chicago.

The center, one of the largest inland ports in the country, has fast access to two major rail intermodal centers (BNSF Logistics Park Chicago and Union Pacific Joliet Intermodal Terminal), two major rail carriers (Northern Southern Railway and CSX), and two major interstates (I-55 and I-80).

Shrinking the distance between distribution centers and available transportation has enabled Walmart, for example, to save $100 on every container move since opening distribution facilities at the CenterPoint center.

Amazon has just over 100 such centers in the U.S., including 13 in California and 14 in Kentucky, all identified by the identification code of the nearest airport.

There are other distribution ideas cropping up in response to the effect the pandemic has had on retail sales.

James Scott, lead researcher at the Massachusetts Institute of Technology Real Estate Innovation Lab, says that he recently came across two struggling retail stores in a popular Boston shopping area that had been reconfigured into micro distribution centers. “They shut their retail concept down, only allowing customers or delivery persons to go in and pick up online orders,” he says. “These locations had become mini-micro-distributors. For the last few years, the likes of underutilized suburban shopping malls have been seen as possible last mile fulfillment centers and it has been envisaged that this concept could gradually move into downtown areas of cities over time,” Scott says.

“While the pandemic has been a major trigger in all of this, we are seeing this transformation coming far faster than we ever thought possible.”

There are more changes coming in the warehousing side of the intermodal system, led by new ideas in automation such as artificial intelligence (AI) within warehouses to unload trucks, store products, pack and ship—adjusting in real time to the tasks that need to be performed.

Using AI doesn’t mean that humans won’t still be in charge. “Most applications require human elements in order to create the greatest efficiencies,” Scott says. “AI has been around for many years, but we are only now really beginning to see the fruits of its application. We are still a long way away from the concept of Artificial General Intelligence (AGI), which is the concept of a machine thinking like a human.”

For example, in most warehousing operations, there is a door where a truck loaded with products will arrive. But how they arrive is completely different. “You will have a van or a truck or a large 40 footer truck or a new autonomous truck that is part of a system going to arrive,” Scott says. “Unless something is arriving at the exact same point every single time, you can’t really automate that. You still a huge design or need some components brought to bear to think about how you are going to get that delivery to position A within the facility. It’s not simple.”

Autonomous electric driverless semi-trucks (in phased testing now) are often cited as being the first fleet of autonomous vehicles that will be seen on the nation’s highways, Scott says, eventually driving in autonomous-only lanes.  “What you will have here is a completely different logistics network, because these vehicles work 24-7,” he says. “You will have super trucks going cross country only taking breaks to charge at the next electrical charging station.”

That will mean that these autonomous electrical vehicles, traveling in their own lanes and lined up in systematic synchronized configurations, have the potential to create significant competition for rail services. “Rail is an incredibly efficient way to distribute over large distances and cross country,” Scott says. “But their distribution capability is still limited to stops on the rail lines.”