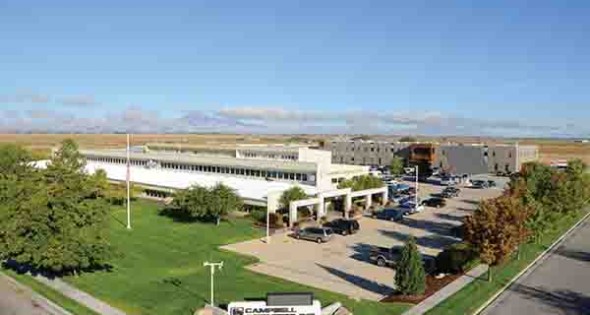 Utah is using the strengths of a young workforce to propel itself deeper into high-tech endeavors.

According to the Utah economic development plan published by the office of Governor Gary Herbert, the state is following four objectives: strengthen and grow existing Utah businesses, both urban and rural; increase innovation, entrepreneurship and investment; increase national and international business; and prioritize education to develop the workforce of the future.

The state is growing business by supporting small businesses through programs such as the Procurement and Technical Assistance Center (PTAC), designed to help small businesses work as government contractors; the Rural Fast Track Program, a grant program that awards small, qualifying rural businesses up to $50,000; and the Business Expansion and Retention (BEAR), to help growing and existing rural businesses and increase economic diversity in rural regions.

Another goal is to train Utah’s future entrepreneurs and innovators by connecting private industry with institutions of public and higher education through programs such as the Utah Cluster Acceleration Partnership (UCAP), Workforce Innovations in Regional Economic Development (WIRED) and the Utah College of Applied Technology (UCAT).

More help for entrepreneurs came in 2006 when the Governor’s Office of Economic Development successfully launched the Utah State Fund of Funds, now known as Utah Capital Investment, a public-private partnership created by the Utah Legislature to provide the state’s entrepreneurs with increased access to a broad array of venture and private equity funding sources using an initial funding of $300 million.

So far, 52 Utah companies have raised more than $1.1 billion from Utah Capital Investment portfolios funds. The jobs created will produce more than $100 million in tax revenue over the next 10 years.

The strategy is to communicate to business owners, entrepreneurs and site-selectors the business environment in Logan, calling attention to the city as a place for high-tech business in general and sensor device companies in particular.

Developers are looking for high-tech companies to either set up here on their own or partner with the companies that are already in the sensor device space, according to Sandy Emile, CEO and president of the Cache Chamber of Commerce.

Two of those companies are Campbell Scientific, designer and manufacturer of dataloggers, data acquisition systems, and measurement and control products used in a variety of applications related to weather, water, energy, structures, machines and soils, and Apogee Instruments, manufacturers of ultra-violet and oxygen sensors, among a dozen other sensor instruments. “These companies are flourishing here in our valley and growing globally,” Emile says. “Any other company like that that comes here can plan on doing the same.”

From its headquarters and 100-acre proving ground in northern Utah, 20 minutes from downtown Logan, ASI serves clients in the mining, agriculture, automotive, government and manufacturing industries with remote control, teleoperation and fully automated solutions. “That is a company doing business all over the world, and even up in space,” Emile explains.

Emile says that the youthful average age of the state’s residents—around 30—creates a great millennial base for workforce development. “Not only are these millennials, but they are educated millennials,” she says.

Utah State University (USU) in Logan is a 400-acre campus of high-tech studies in aerospace, hydro technology and electrical engineering. It is one of two research universities in the state. USU got $220 million in external research funding in 2014. “Because of those high-tech studies and research at USU, we can accommodate the employment needs of tech companies here or looking to come here, where they might be scrambling in other places to look for a workforce that can grow their product,” Emile says.

She says that on the horizon right now is the development of a new major at Utah State for research and development of sports applications. “That is all going to come out of the engineering capacity here at the university,” she says.

There are six labs already in the university’s Health, Physical Education and Recreation (HPER) center: the exercise physiology lab; the biomechanics lab; the motor rehabilitation and learning lab; the body composition lab; the sports medicine lab; and the sensory motor behavior lab.

There is nowhere else in the state, she says, where any company or university is working on coming up with new sports-related product lines or new applications. “That is where we are going with the university,” she says. “We look forward to being a real think tank for research and development of sports applications.”

This unique state offers seven national scenic byways, including the Trail of the Ancients leading to Mesa Verde National Park through Utah and Colorado, and 23 state designated scenic byways.

There are 3,039 miles of interstates and U.S. routes in the state. The longest is Interstate 15 at 400 miles, and the shortest is Interstate 215 at 28 miles. The state has seven commercial airports, including the Salt Lake City International Airport handling more than 22 million passengers annually, and 25 general aviation airports.

Industrial parks dot the state, most serving high-tech or light manufacturing operations. One example of a repurposed business as an industrial park is the former WordPerfect campus in Orem, a million square feet of office space on 86 acres that was transformed into the Canyon Park Technology Center in 2000 in the largest real estate deal in Utah at the time.

More than 85 companies and 4,600 employees are in the park, including Bluehost, a web-hosting service; About.com, a web content information manager; LexisNexis, provider of information and data for legal, business and government; Fishbowl Inventories, a software developer; and Agilix Labs, education software developers.

Ryan Clark, economic development division manager for the city of Orem, says that the biggest project in the works in Orem is the reinvention of the University Mall, a 1.3 million-square-foot indoor mall built in the early 1970s by Utah-based real estate developer Woodbury Corporation. Woodbury will invest $500 million to redo the property.

“They are transforming and rebranding it as the University Place,” Clark says. The redevelopment will add 700,000 square feet of office space, with 1,200 upscale tech-driven apartments targeting the business professionals who work in the office space. “They demolished some retail and are adding another 200,000 square feet of new shops, restaurants and entertainment businesses,” he says. The new mall broke ground in February. Construction is expected to take 10 years.

According to a study conducted by financial firm Lewis Young Robertson & Burningham, University Place will create 4,010 jobs throughout Orem and the regional community, while infusing more than $412 million into the local economy. “Basically, when this redevelopment is complete, you can live, work and play in this 100-acre development,” Clark says.

Another development in Orem is the new State Street Master redevelopment plan.

Orem was originally developed as a support community for Provo, Clark says. “So we don’t have a tight downtown grid network,” he explains.

He says that the city is located in a great spot in the state. It is less than an hour drive from the popular skiing resort Park City; the Utah Valley University campus is in Orem; and Brigham Young University in Provo is a 10-minute drive away. “We have 60,000 students in or near our area,” he says. “That is a big draw right now for companies coming into the area.”

Clark says that every year over Labor Day weekend, they have the Storyteller Festival, the biggest storytelling festival west of the Mississippi that draws people from across the country. “That is our little niche event,” he notes.

Over in Logan, Emile says that the story that they are trying to tell is that Cache Valley is more than an agricultural community. “It’s just like our university is more than its origination as a land grant college,” she says. “We have evolved light years from that.”

As with much of this state, a visitor or resident can ski and play golf in the same day. Skiing is cheaper in Logan than elsewhere in the state, she adds. “You can ski right here in Cache Valley in two lovely facilities for under $50 a day.”

Utah has positioned itself at the beginning of a growth spurt, helped in part by a $528 million “rainy day” fund. Governor Herbert has called for no new debt and no tax increases in 2016 and paying off $350 million in existing debt, bringing the total debt paid off by the state over the past five years to more than $1.4 billion. “The state of the state is strong,” Herbert said at his State of the State speech in January. “I believe there has never been a better time to live, to work, and to raise a family in this state.”

For complete details on conducting business in Utah, visit:

– Utah was found to be the best place to do business in a 2014 Forbes rating, citing the state’s skilled workforce, low energy costs, pro-business climate and economic growth, among other factors.

– Utah has the healthiest population and the lowest per-capita health care costs, according to data from the United Health Foundation.

– Outdoor recreation contributes more than $5.8 billion to the economy, employs more than 65,000 people and is the primary driver behind the tourism industry.

– At the Dinosaur Quarry near Jensen, Utah, visitors can interact with the 149-million-year-old fossils at Dinosaur National Monument. For camping families, the monument has a designated spot where they hold night-sky programs near the Split Mountain Campground.